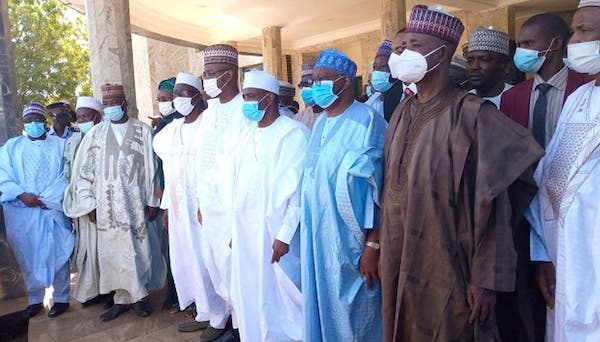 The Federal Government on Monday promised to help the Sokoto State government to rebuild the burnt market in the state.

An early morning inferno had last week razed several shops at the Sokoto Central Market and destroyed goods worth several millions of naira.

The market has more than 16,000 shops and 60 percent of the shops were razed by the inferno.

The Chief of Staff to the President, Prof. Ibrahim Gambari, stated this when he led a high-powered federal government delegation to Sokoto to commiserate with the victims and state government on the incident.

Gambari said President Muhammadu Buhari has promised that the federal government would assist the state government to rebuild the burnt market.

The Sokoto State Governor, Aminu Tambuwal thanked the president for his support to the state since the incident.

He said the fire was caused by electrical faults from the transformer serving the market.

Related Topics:FGSokotoSokoto market
Up Next