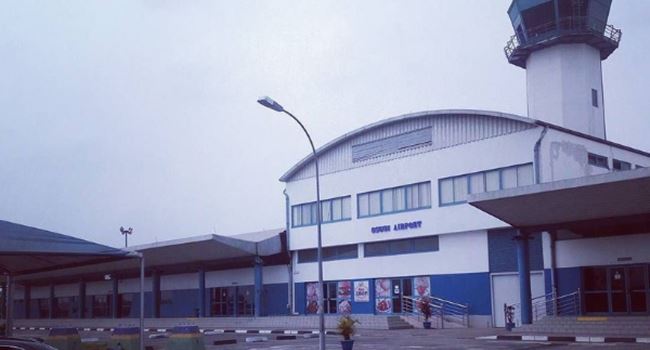 The Federal Government has approved the reopening of Osubi airport in Warri for daylight operations, a year after it’s closure.

The airport was initially closed in February 2020, following its alleged mismanagement and high indebtedness by it’s management and some aviation service providers.

Specifically, the Minister of Aviation, Hadi Sirika, disclosed the airport’s reopening on Monday on his Twitter handle, noting that all procedures, including COVID-19 protocol will be strictly observed.

He tweeted, “I have just approved the reopening of Osubi Airport Warri, for daylight operations in Visual Flight rules (VFR) conditions, subject to all procedures, practices and protocols, including COVID-19, strictly being observed. There will not be need for local approvals henceforth.”

VFR are a set of regulations under which a pilot operates an aircraft in weather conditions generally clear enough to allow the pilot to see where the aircraft is going.

The Airport, which was commissioned on 17th April 1999 by the former Minister of Aviation, Captain Briggs, is managed by the Federal Airports Authority of Nigeria (FAAN).

In 2020, the Federal Government, in a letter to all the aviation parastatals, terminated the contract of Shoreline Oil Services Limited, the operator of the airport, with immediate effect, citing incompetence.

The facility has been a subject of controversy since it changed hands from the original owner, Shell Petroleum Development Company (SPDC), to Shoreline in partnership with the Nigeria National Petroleum Corporation (NNPC).

Recently, the house of representatives urged the federal government through the ministry of aviation and relevant authorities to reopen the airport for full flight operations, following a motion moved by Oberuakpefe Afe, a lawmaker representing Okpe/Sapeie/ federal constituency.