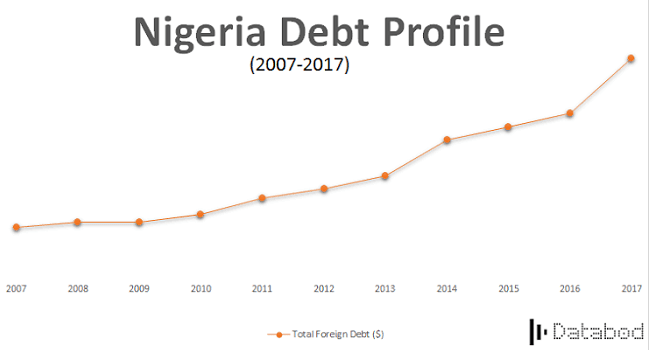 The Federal Government spent the sum of N610.2bn paying interest on its domestic debts put at N13.11 trillion in the first three months of 2019, data from the National Bureau of Statistics, NBS, obtained on Wednesday has revealed.

The N13.11 trillion domestic debt was incurred through the issuance of seven financial instruments.

On the interest paid on the different debt instruments, the Federal Government spent N120.91bn on interest payment on Nigerian Treasury bills.

A breakdown of this showed that the sum of N74.14bn was spent in January while February and March had N29.68bn and N17.09bn respectively.

For the Federal Government bonds, the NBS data showed that N480.84bn was spent servicing this debt component during the three months period.
The data further showed that for the Savings bond component, the sum of N347.91m was spent on interest on this debt instrument. The interest was paid in this manner, N100.5m in January, N92.51m in February while March had N154.89m.

AfCFTA will turn Nigeria into a dumping ground, NECA warns