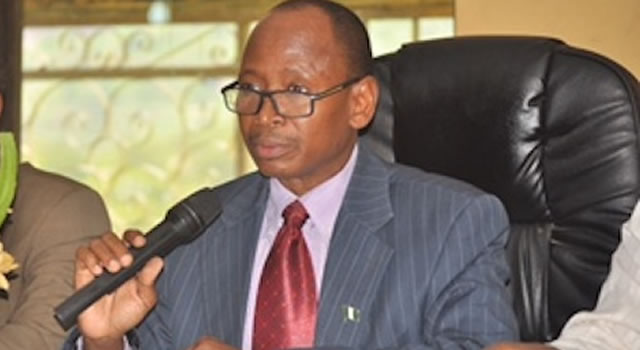 When compared to the total sum of N655.17 billion allocated to the three tiers of government in December, the January allocation was about N20 billion lower.

The was announced Thursday by the Accountant-General of the Federation, Idris Ahmed, moments after FAAC meeting, held at the headquarters of the Ministry of Finance in Abuja.

According to Ahmed, the amount was shared under statutory allocation where the sum of N538.9 billion was distributed to the three tiers of government and Value Added Tax of N96.64 billion.

A breakdown of the allocation showed that after deducting the cost of collection to the revenue generating agencies, the Federal Government got the highest allocation of N263.2 billion, while the 36 states shared the sum of N172.87 billion.

Likewise, the 774 local government councils received N129.98 billion, while the sum of N52.042 billion was paid to oil producing states being their 13 per cent share of derivation allocation.

On the reason for the drop in allocation, the AGF said it was due to operational challenges, adding that there was a decrease in crude oil export by 0.36 million barrels, which he said led to a reduction in revenue from export sales into the Federation Account by $113.86 million

“Other major issues that impacted negatively on operations were the shut-ins and shutdown of production at various terminals for repairs and the force majeure declared at the Bonny Export Terminal that was still in place during the period under review.

The balance in the Excess Crude Account he said was at $2.31 billion, while that of the Excess Petroleum Profit Tax stood at $133 million.

Speaking on the development, the Chairman of Commissioners of Finance Forum of FAAC, Alhaji Mahmoud Yunusa, said he was hopeful that the allocation for March would be higher especially with the calm atmosphere in the Niger Delta region.

“We are in progress. By March, we anticipate that the revenue will surge. Things are getting better compared to where we were. By March, we will have a better chunk,” he said.