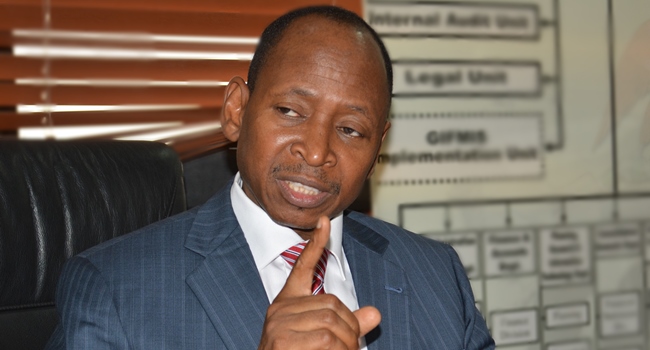 The Accountant General of the Federation, Ahmed Idris stated this in a communique he read after the FAAC meeting in Abuja.

According to him, the N702.058 billion comprise od revenue from Value Added Tax (VAT), Exchange Gain and Gross Statutory Revenue, adding that the Federal Government received N295.7billion, while states got N192.697 billion, and local government areas in the country received N144.9 billion.

Read also: BUDGET PADDING, CONSTITUENCY PROJECTS: Are the executive, legislature back to annual row over budget?

He further revealled that the oil Producing states received N49.1 billion as 13 per cent derivation revenue and the Revenue Generating Agencies got N19.472 billion as cost of revenue collection.

The gross statutory revenue for the month of October 2019 was N596.041 billion, lower by N3.660 billion campared to the previous month, Idris said.

Breaking the revenue profile further the Accountant General revealled that revenue from VAT was N104.910 billion as against N92.874 billion disbursed in the preceding month with an increase of N12.036 billion recorded, while exchange gain yielded a total revenue of N1.107 billion.

The balance in the Excess Crude Account as at 20th November was 324 million dollars.