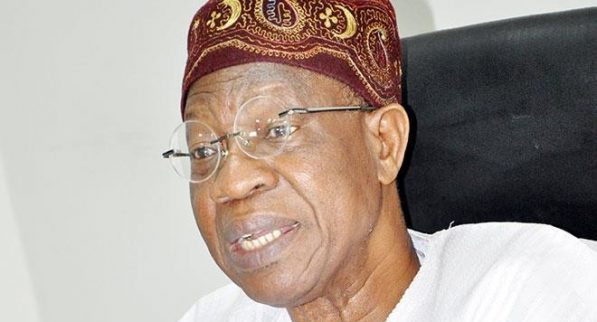 The Federal Government says it is still undecided on whether or not to deploy troops to Benue State in response to the killings there.

The Minister of Information and Culture, Lai Mohammed, said this on Wednesday while addressing State House correspondents after the Federal Executive Council meeting presided over by President Muhammadu Buhari.

He was responding to a question on why the government had not sent military troops to Benue State as was the case in some other states with security challenges.

The minister said such a decision would be taken after thorough deliberations on the matter, adding that the federal government was very concerned about the situation and was giving it due attention.

Mohammed stated, “As to who to send, that will be decided after thorough deliberations on the matter.

“On the second leg of your question is that government is very much concerned about the herdsmen and farmers clashes and it is receiving attention at the highest level.”

Asked to explain what the establishment of cattle colonies proposed by the federal government as a way of ending clashes between herdsmen and farmers in states, the minister simply responded thus, “First of all, what’s the difference between a colony and a cattle ranch. I’m not an agricultural expert, but a colony is much bigger in nature than a ranch.”

Also speaking, the Minister of State for Aviation, Hadi Sirika expressed belief that the government would not take any decision without recourse to farmland owners and the laws of the land.

“I’m not speaking as an agricultural expert, but perhaps, growing up in the hinterlands where I grew up, there used to be cattle routes, we call them “burtali” in local language, this was established by the federal government in 1914. It is a designated route where they follow, feed, graze, drink water. When that one was available, there was no farmer/herdsmen clash because the routes were specific, identified and mapped and were paid for compensation over times. But I think due to the development and increase in population, these routes were either captured or converted to farms.

“The question of colony or grazing land or whatever name they are called is about the same thing really. I don’t think government will do anything without recourse to owners of farmlands and laws of the land,” Sirika said.