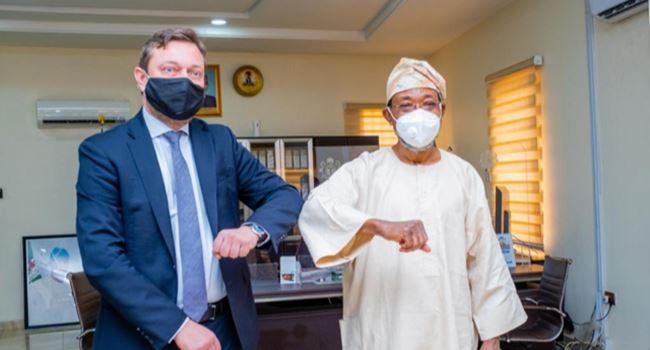 The Federal Government of Nigeria has expressed concern over the country’s porous borders which have led to a deluge of undocumented migrants.

The concerns were raised on Tuesday by the Minister of Interior, Rauf Aregbesola who said that Nigeria was seeking stronger collaboration with relevant stakeholders to check the problem.

Aregbesola who was speaking at a meeting with an European Union delegation led by Ambassador to Nigeria and ECOWAS, Ketil Karlsen added that Illegal migration creates room for unplanned human presence.

He said; “Illegal migration is a thing of concern as it not only depletes a region of viable and reliable labour, talent and human resource, but also makes room for unplanned human presence.

“I also want to commend the EU and others for their support on the Migrants Information Data Analysis System (MIDAS) as the system had enhanced the documentation of immigrants entering Nigeria,” the minister added.

He also revealed that Nigeria would be collaborating with the EU on other projects soon to be unveiled.