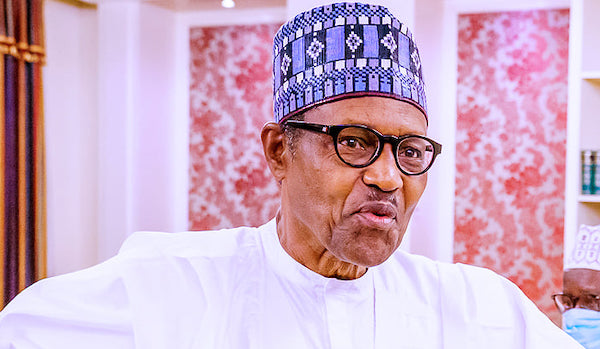 The Pan Niger Delta Forum (PANDEF) has declared that the failure of the Federal Government of Nigeria to send representatives to the botched meeting of South-South stakeholders was a clear demonstration of government’s contempt and disdain for the zone.

This was disclosed in a statement issued on Wednesday by the National Chairman of PANDEF and former military administrator, Akwa Ibom, State, Air Commodore Idongesit Nkanang (rtd) who added that the reason given by the presidency for its failure to attend the meeting was ‘untenable and unacceptable.’

Reacting further to the failure of government to attend the meeting, in the press statement tagged “One Insult too many”, PANDEF demanded for a public apology saying, Mr. President wouldn’t treat a district head in his area the way he treated the traditional rulers, governors and elders who attended the meeting.

The statement by PANDEF reads; “How else can anyone explain what happened if not a disrespect, disregard, and contempt to the entire South-south zone. They went to the north, south-west and south-east, met with the people, no emergency security meeting was summoned to stop them from attending those meetings.

“But when it was for the south-south zone, an emergency arose to scuttle the meeting. We have cross-checked and are yet to ascertain that there was any national security threatening situation to warrant their staying away.

“What they have told us, in essence, is that we do not matter but the truth is that We Do Matter. It is awful and preposterous for anyone to delude that we do not matter. That they can treat the region that has sustained the country for decades, in this way and manner, only speaks to the kind “upside-down thinking that kept the country in this way.”

PANDEF further stated that it is not surprised at the occurrences due to persistent inconsistencies, discrimination and injustice against the Niger Delta region by this administration for the past five years.

The statement added, “Recall that on 1st November 2016, we visited President and presented the 16-Point Agenda, which encapsulates critical concerns and interests of the People of the entire Niger Delta Region, to the Federal Government. Four years after, the 16-Point Demand has remained unattended to by the Buhari administration except the establishment of the Nigeria Maritime University, Okerenkoko, Delta State and the launch of Ogoni Clean-up whose status is unclear to us.

“That is why Zamfara gold is for Zamfara people while Niger Delta crude oil is for the whole of Nigeria. And why they have not added an inch of construction to the critical East-West road in the over five years of the administration.

“Let it be known to them that whether they desire to meet with us or not, the people of the South-South Geopolitical Zone have taken a firm stand on the issue of restructuring of Nigeria. We are the biggest victims of Nigeria’s flawed federal system. All we want is true federalism!” it concluded.

Related Topics:PANDEFSouth South
Up Next

U.S reacts as three people killed in Uganda during violence over arrest of presidential candidate