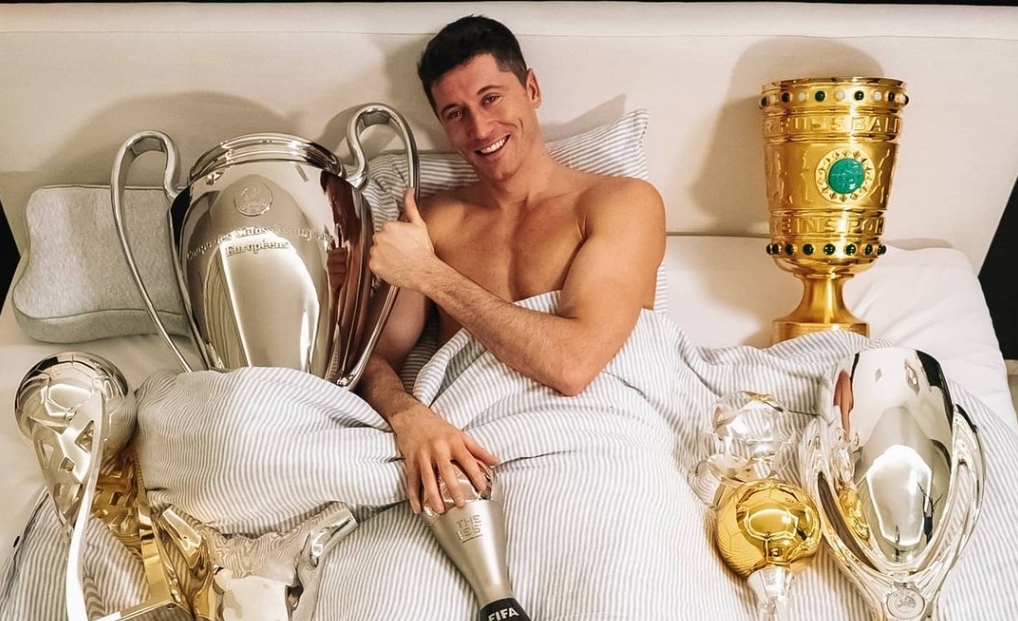 Bayern forward, Robert Lewandowski has been awarded the FIFA men’s footballer of the year award, clinching it for the second time in a row.

The 33-year-old, who also won the title last year, beat Mohamed Salah and Lionel Messi to the award at a virtual ceremony held on Monday night.

The Poland striker scored a stunning 51 goals in 45 games for club and country in the qualifying time for the award.

He helped Bayern win the Fifa Club World Cup in February last year and the club to yet another Bundesliga title in the same season.

Lewandowski also found the back of the net 41 times in 29 games, beating Gerd Muller’s previous Bundesliga record of 40 goals in 34 matches during the 1971/72 season.

“Thank you very much. I am very honoured to win this trophy and feel proud. I know it belongs to my team-mates and coaches. We all work hard to win the games. It is special to work with these guys around me.

“I never dream about breaking this record [of Gerd Muller’s]. To score 41 in 29 games – if you ask me that a few years ago if it is possible I would tell you it is impossible. I also say to him thank-you. He set so many records and to me it was always the next step to try and break it,” said Lewandowski after picking the award.

In the other award categories, Erik Lamela’s ‘rabona’ goal for Tottenham Hotspur against Arsenal was handed the Puskas Award for best goal.

FIFA also awarded Danish and Finnish fans as joint best fan of the year, following their handling of the shock collapse of Christian Eriksen during the UEFA Euro 2020 match between Denmark and Finland.