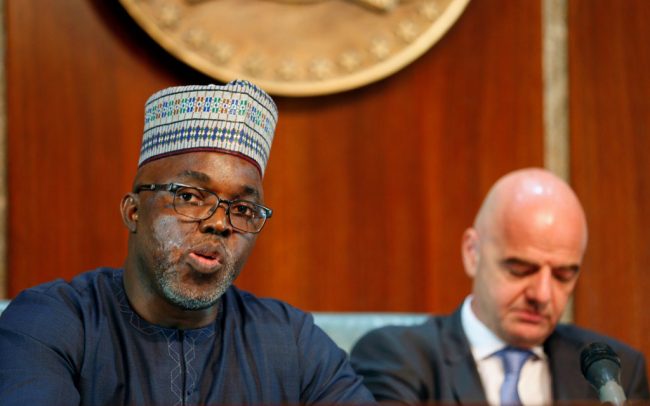 The forthcoming women’s football tourney tagged Aisha Buhari Cup will be having the Presidents of FIFA and of CAF in attendance.

Gianni Infantino, President of world football governing body, and Dr. Patrice Motsepe, head of the Confederation of African Football, are expected to storm Lagos for the tourney.

This was confirmed to the tournament’s Director of Organisation, Aisha Falode by the President of Nigeria Football Federation (NFF), Amaju Pinnick.

The football showpiece which is in honour of Nigeria’s First Lady, Aisha Buhari, is a six-nation invitational slated to hold in Lagos in September.

Women’s football powerhouses in Africa, namely Nigeria, Cameroon, Ghana, South Africa, Mali and Morocco, will be competing for the Cup.

Organisers of the invitational have also said that FIFA Secretary General, Fatma Samoura, as well as other world football dignitaries will be live at the games.

Teams attending the competition will be using it to prepare for the qualifyong series of the 2022 Africa Women Cup of Nations (AWCON).