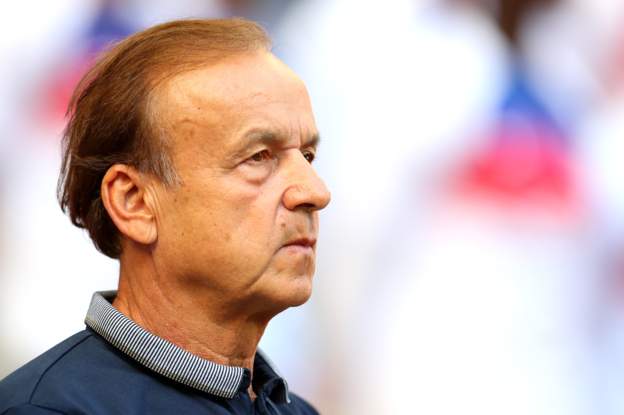 The money is a compensation after the NFF ended his contract with Nigeria early, and FIFA wants it paid within 45 days.

Ripples Nigeria recalls that Rohr was sacked last December by the NFF following calls for his sack ahead of the 2021 Africa Cup of Nations (AFCON) in Cameroon.

The NFF agreed to pay the former Gabon and Niger Republic gaffer until the end of his contract, which expires in December 2022.

Read Also: Rohr advises Ghana to use counter-attack in game against Super Eagles

Rohr was however not satisfied with the decision and instead petitioned FIFA to demand for additional sum for ‘unfair dismissal’.

The 68-year-old sought a total of £1m, but has been granted $377,879.46 after a FIFA tribunal decided his claim was “partially accepted in so far as it is admissible”.

The ruling by the FIFA players’ status chamber added that the NFF would be sanctioned if Rohr was not paid in full within 45 days.

“If full payment (including all applicable interest) is not made within 45 days of notification of this decision, the respondent [the NFF] shall be imposed a restriction on receiving a percentage of development funding, up until the due amounts are paid,” said the Fifa decision.

Meanwhile, the NFF is still searching for a new Super Eagles coach after interim Technical Adviser, Austin Eguavoen, stepped down from the position following Nigeria’s failure to secure the 2022 FIFA World Cup ticket.

UEFA Champions League to expand to 36 teams from 2024