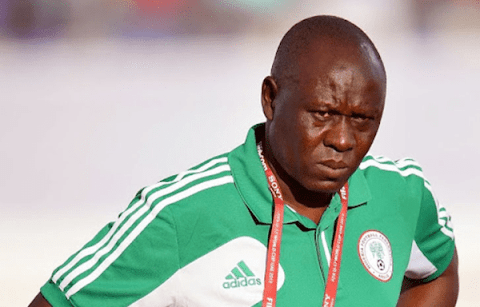 Head coach of Nigeria’s Golden Eaglets, Manu Garba says his boys are ready to win yet another gold in the FIFA U-17 World Cup.

The Eaglets have arrived the city of Giaonia, Brazil, venue of their Group B games which is set to begin this weekend.

Having spent the past two weeks preparing for the showpiece in Sao Paolo, Garba believes his lads are ready to win a sixth World Cup title in Brazil.

“Everyone should get ready to see a fantastic Nigerian team that play great football and have the trophy in their sights,” Garba confidently told FIFA.com.

The five-time world champions played three friendly matches in Sao Paolo, losing 2-1 to Sao Paulo U-17 side and 1-0 to Japan, but defeated South Korea 4-2.

Garba’s boys ill face Hungary in their first game on Saturday in Giaonia, before taking on Ecuador and Australia in their other Group B matches

“Ecuador, Hungary and Australia are undoubtedly strong teams that we respect, but we are record-breaking world champions and I was involved in two of our title wins.

“The will to win every game is part of the DNA of every Nigerian team, and my team here in Brazil is no exception,” the coach added.