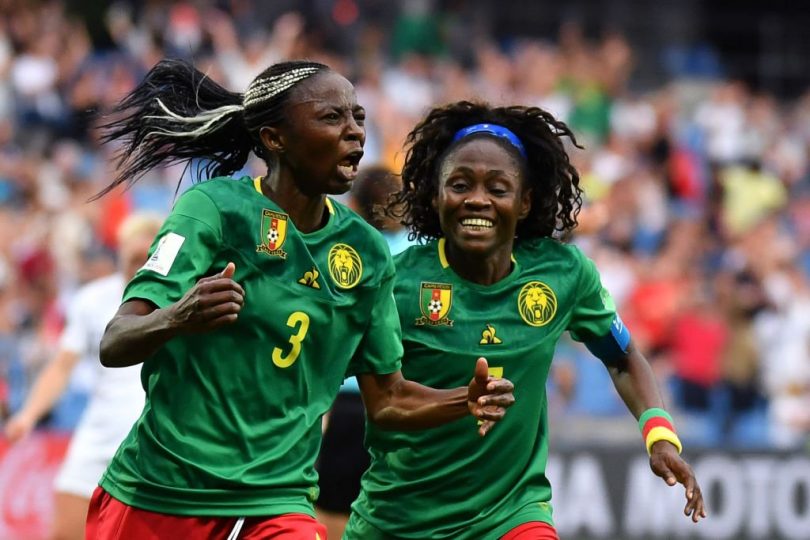 The Lionesses of Cameroon dramatically defeated New Zealand in their final group match to reach the knockout stage of the FIFA Women’s World Cup.

The Africans beat beat the New Zealanders 2-1 to reach the last 16 of the tournament as one of the best four third-placed team.

The game was heading to a draw after Aurelle Awona sliced a volley into her own net with 10 minutes remaining to make it 1-1.

Ajara Nchout had given Cameroon the lead in the 57th minute before the leveller, but she superbly curled in the winner on 95 minutes to put Cameroon through.

The advancement for Cameroon means the Super Falcons of Nigeria have a final hope in the outcome of the Thailand and Chile game later on Thursday.

Although Cameroon finished on three points, the same as Nigeria from Group A, they went through courtesy of having scored just a single goal more (3) than the African champions.

Cameroon are progressing to the last 16 for the second successive tournament.

Meanwhile, the Netherlands finished top of Group E with a 100% record after a 2-1 victory over Canada, who finish in second place.