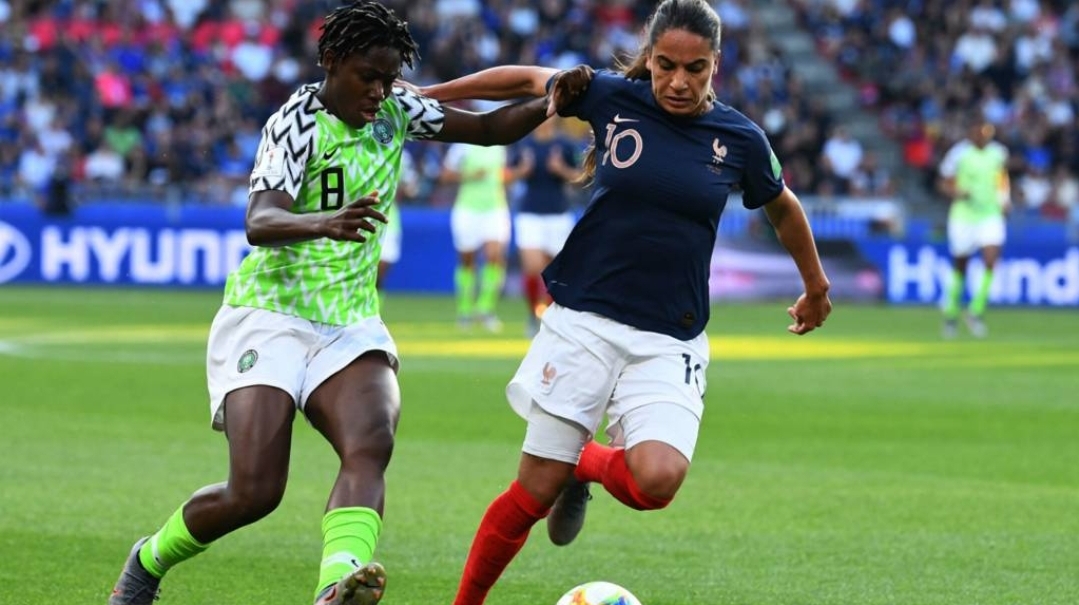 A quite disciplined Super Falcons side fell 1-0 to host nation, France in a crucial final group game at the FIFA Women’s World Cup.

The Falcons were reduced to 10 players in the 74th minute after Ngozi Ebere was shown a second yellow card for a bad tackle inside the box, and was sent off.

The resultant penalty, awarded by VAR and played twice as goalkeeper Chiamaka Nnadozie came off the line in the first shot, was converted by W. Renard in the 79th minute.

The other Group A clash saw Norway beat South Korea 2-1 as the Norwegians clinched second spot in the group and Korea crash out.

The Falcons kicked off their campaign with a disappointing 3-0 loss against Norway, but bounced back to win 2-0 over South Korea.

A draw against France could have been enough to see Nigeria through to the round of 16 without depending other results.

But the slim defeat means Nigeria will wait for other groups matches and hope to be one of the best four third-placed teams in the group stage.

As it stands, for Nigeria to be eliminated, two of the following 3 must happen:

1. Cameroon have to beat New Zealand by 2 goals or either way.

2. Chile have to beat Thailand by 3 goals.

3. Argentina/Scotland must also win against each other.

However, if Super Falcons do progress, things are not going to get any easier, as they will be without suspended Ebere and Rita Chikwelu, and most-likely Asisat Oshoala, who leaped off during the game against France.

Oliseh ‘extremely proud’ of Super Falcons despite defeat to France