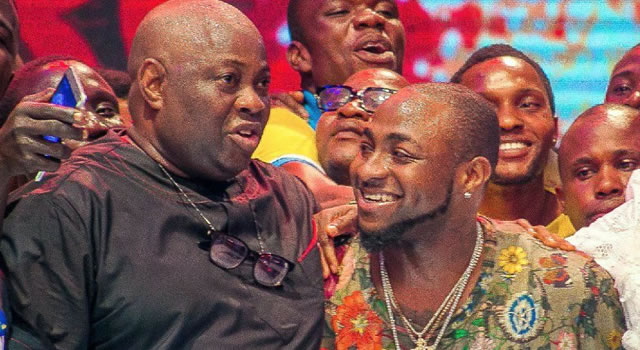 The CEO and publisher of Ovation International magazine Dele Momodu has revealed that the face-off he had with popular singer Davido was bigger than the battle he had with former military Head of State, late General Sanni Abacha.

Momodu whose niece, Sophie Momodu welcomed a baby with the singer in 2015, let out that much information during a chat with housemates of the on-going ‘Celebrity Housemates’ reality TV show.

The journalist businessman, philanthropist and motivational speaker said the battle with Davido was fierce because of his popularity and the fact that he was close to the singers family.

“Fighting with Davido was my biggest battle ever. It was bigger than fighting Abacha because of the blistering popularity of Davido; he is an extremely popular guy and it was very unfortunate, (the devil is a liar) because a baby was involved; very beautiful girl, Imade.

“When it happened, I tried my best to avoid a collision with the family because I am very close to the family especially because of Senator Ademola Adeleke. We used to sleep in the same house when I was in exile in London. Whenever Sen. Ademola was around, he would call me and then pick me up to his house and I’ll sleep there and when I need to go back to my own house he would drop me.

“So when the baby issue came, I didn’t know about it, if Sophie (Davido’s first Babymama) didn’t tell me she was pregnant, I wouldn’t have known, she was able to hide it perfectly from everyone,” he said.

Recall that the child trafficking saga between Davido and Sophie ended in January 2016 after both parties decided to sheath their swords over the issue which threatened to tear apart whatever they both share as acquaintances.

A truce was reached after a peace meeting staged at the instance of the National Agency For the Prohibition of Trafficking in Persons (NAPTIP) attended by Sophie, Davido’s father, Deji Adeleke, Mr. and Mrs. Dele Momodu, Adeleke’s lawyer, counsel to Dele Momodu, Gbolaga Ajayi, Mr. Ajayi Famakinwa, and NAPTIP’s representatives.

During the peace meeting which lasted for hours, both parties decided to end the squabble amicably and a call was made to stop the media war. Both families were also mandated to sign an agreement to end the war of words.

The Adelekes were also advised to allow Sophie have access to her daughter, Imade who is currently in the custody of Davido’s half-elder-sister, Ashley Adeleke.