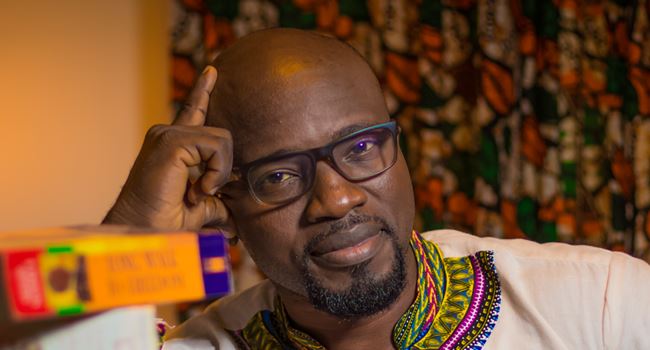 Nigerian filmmaker, Adekunle Adejuyigbe (popularly called Nodash) has cautioned content producers to be wary of the kind of materials they dish out to the public because the human behavior is always consistent with the information consumed over time.

The filmmaker who is known for films like “The Delivery Boy” bared his thoughts on his official Instagram and Facebook pages on Friday on the backdrop of the ongoing #EndSARS protests against police brutality and bad governance.

According to Adekunle, his experience of working in the music and film industries has shown that most entertainers really do not see a connection between the content they create and the real-life behavior of their fans.

He further noted in his post on social media that moving forward, content producers must be aware that they have 200 million people to re-orient but the reformation must start with them first (content producers).

Adekunle wrote; “Some years ago, a young man put a loaded gun to my head and said “If you calmly let me rob you, I won’t kill you. After all I am a hustler just like you”.

“The crazy events of the past few days reminded me of that robbery incident and, like a lot of us, I have been asking myself why we young Nigerians consistently behave the way we do.

“I am sure we all have different answers to this question but I believe we can all agree that, just as it is with food and health, human behavior is always consistent with the information consumed over time. And yes, information comes from different sources but the most influential source of information is entertainment.

“So I think we (Nigerian entertainers) need to ask ourselves what we have been feeding our people.

“Dear producer/ record label exec/influencer, the next time a filmmaker/artiste approaches you with that script/song/idea that actually has a message please think twice before you launch that tired “Let’s just give the audience the feel-good stuff and make money” speech.

“I BEG you to consider the hidden cost of consistently feeding vapid content to the masses.

“My experiences working in the music and film industries have shown me that most entertainers really do not see a connection between the content they create and the real-life behavior of their fans. But that connection is there and it’s strong!

“We influence the Youths more than anyone else in their lives- parents included.

“They would quote their favorite celebrities 10 times over before quoting anything the pastor or Imam said.

“Inevitably, the content we create becomes the invisible filter through which they view the world.

“So as we gear up for what comes next (including 2023 and beyond) let us be aware we have 200 million people to re-orient starting with ourselves.

“There are many battle grounds we have to conquer to win this war of change but the most important is the battleground-of-the-mind.

“And that, my dear colleagues, is where we play. Let’s go to war!,” he charged.

Related Topics:#EndSARSAdekunle Adejuyigbe
Up Next