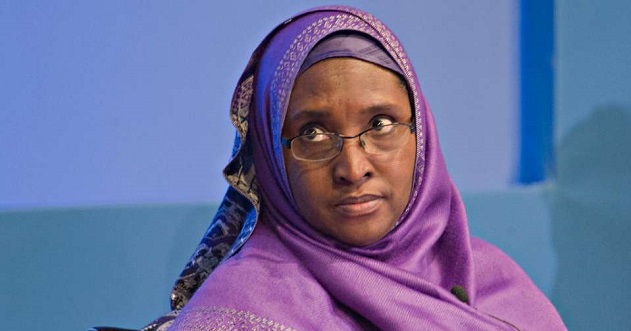 The Minister of Finance, Mrs. Zainab Ahmed, Thursday, contradicted her Permanent Secretary, Mahmoud Dutse, over the withdrawal of $1.68 billion from the Excess Crude Account (ECA).

The Minister, who was asked about the depletion of the amount from the ECA in the space of three weeks, said $1 billion of the amount was for security in the Northeast, contrary to what Dutse told journalists on Wednesday after the meeting of the Federation Account Allocation Committee (FAAC).

Dutse, who briefed journalists shortly after the meeting, said withdrawals were made by the Federal Government from the ECA to settle the last tranche of the Paris Club Refund.

He said: “The balance in the ECA is $631m. The final payment for the Paris Club Refund to states was made and the figure was deducted and that’s what accounts for the difference.”

However, the minister, who spoke during the public presentation of the 2019 budget estimates in Abuja on Thursday, said that the fund withdrawn from the account contained the $1bn approved for security operations in the North-East.

“So, it’s been largely depleted but we are still saving into it and this is the third month that we have been saving consistently into the Excess Crude Account.”

The minister also disclosed that the Federal Government has released the sum of N177bn to oil marketers as part of subsidy debt owed.

According to her, another amount would be released before the end of the year.

SON says 70% of lubricants in the country are substandard