Fintech startup Ukheshe to expand portfolio outside S'Africa. 2 other things and a trivia | Ripples Nigeria 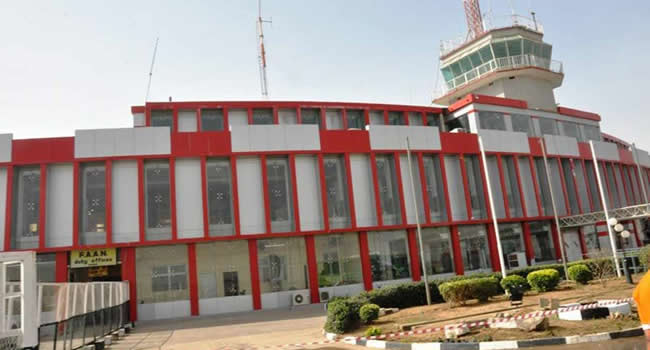 South African fintech startup Ukheshe has announced intent to expand its operations globally to the Middle East, Europe, and the Asia Pacific.

The mission to expand the company’s portfolio comes as it looks to reach its vision of unicorn.

Speaking on the development, Clayton Hayward, CEO of Ukheshe, noted that the global expansion was intended to scale up the company in the next three years.

He said: “We will continue to look for potential acquisitions in these new markets to further support Ukheshe’s growth and strategy as we pursue our goal of reaching unicorn status within the next three years.”

He added that the company is excited about the future as it looks to further disrupt markets where it currently had no footprint.

The CEO stated: “Ukheshe is excited to be at the forefront of the rapid shift towards innovative digital-first solutions, especially in markets that are ripe for disruption.”

Tech Trivia: Which airport is the first airport in Nigeria?

The new offering works similarly to buying prepaid airtime, which can be recharged when required.

Industry experts praised Vaai.co for introducing the new offering, revealing that 70% of South Africans do not have car insurance.

The new Vaai.co offering is a cost-effective car insurance when compared to the traditionally expensive insurance plans available.

According to Thabang Butelezi, co-founder of Vaai.co, the new offering hopes to cut down on cost for low income earners.

He said: “Insurance companies actually penalise you if you live in a poorer area and drive a cheaper car – they charge less to insure fancy cars in fancy areas. It just makes no sense to me that those South Africans who need better prices are quoted more! Plus most of us are hardly driving our cars during Covid-19. Vaai.co developed the answer for those who can’t afford ongoing car insurance and those that have had enough of the great car insurance rip-off.”

Looking to build out its platform, Abidjan-based digital transportation startup Moja Ride has secured an undisclosed amount of funding from Toyota Tsusho Corporation.

Moja Ride, which provides a reservation and cashless payment system spanning multiple transport services, has an inventory of over 1,200 taxis and buses.

The journey of the startup started when, in 2015, the startup founder Jean Claude Gouesse was the recipient of a Grand Challenge grant from the Bill and Melinda Gates Foundation.

That year, the startup was launched in order to work on a solution to facilitate the adoption of digital payments by small merchants across Africa.

Today, the startup looks to expand its system to coordinate service and passenger information, in an effort to improve passenger convenience and operating efficiency for business owners.

Mallam Aminu Kano International Airport is the oldest in Nigeria and the first aircraft landed in Nigeria was landed in Kano in 1922, with operations starting in 1936. In the first decades of operation, it became an important fuel stop for airlines flying long-haul services between Europe and Africa.