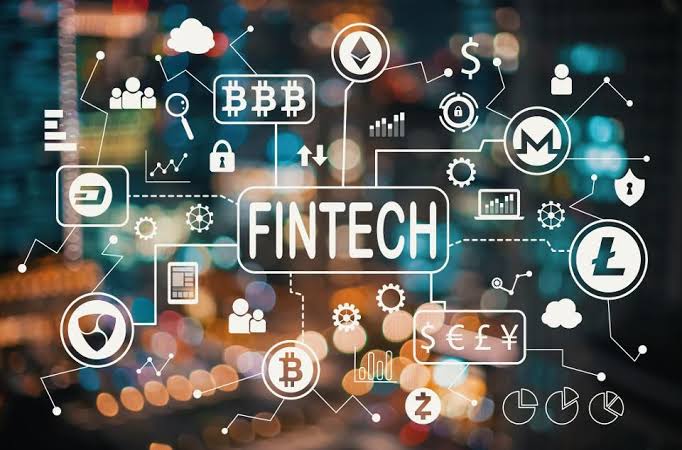 In a space of two years, three Fintech markets in Nigeria have experienced the wrath of both State and Federal governments, with only one surviving the faceoff.

Experts are of the opinion that the stand-off between the government and Nigerian Fintech startups have no expiration date, as innovators will always be a few steps ahead of regulation.

So how can this faceoff become a win-win for the parties involved without future innovators ending up on the slaughter table, as experienced by today’s budding entrepreneurs? – investors, Kola Aina of Venture Platform, Tokunboh Ishmael, MD of Alitheia Capital, and Fintech lawyer, Davidson Oturu, Partner at law firm, Aelex, weigh in.

On January 28, 2020, the first hammer came from the Lagos State Government, banning ride-hailing firms from operating within their revenue generating locations, three years into their operation, and months after the state governor, Babajide Sanwo-Olu, promised to work with them.

This was a spanner in the works for founders at Gokada and Max.ng, forcing them to make an unprecedented inroad into the last-mile business – reason for the ban? safety – but the government allowed the unprotected traditional motorcycles (okada in local parlance) to remain in business.

In February 5, 2021, the Central Bank of Nigeria (CBN) came with it’s own sledgehammer, and pounced on the cryptocurrency folks, costing Patriacia, Buycoin [Helicarrier] and more their Nigerian market, three years after they also began operation.

Ten days after, the Securities and Exchange Commission (SEC) also joined the onslaught, as Ripples Nigeria reported operations of Chaka, Riseinvest and other securities trading platform had been restricted – as SEC took off the leach after resolving the license issue, the CBN came knocking on the door of the digital investment platform seven months later, demanding for its own pound of flesh.

Financial impact of the clampdown?

Prior to the faceoff with the government agencies, some of these companies had raised funds from both domestic and foreign venture capitalists, Angels, incubators and grant initiatives, with Chaka raising $1.5 million, Gokada $12.4 million, Max.ng receiving $9.4 million, Buycoin $1.2 million, and Riseinvest securing $120,000 and some undisclosed funds.

This is a total of $24.62 million [N10.10 billion]. The agencies were willing to flush these series of investments down the drain, with investors and over 500 workers across board set to be a collateral damage due to governments lateness to innovators party.

These financial loss was mitigated by the startups ability to innovate above government’s long arm, as ride-hailing firms innovate into logistics to save investment, a skill Iyinoluwa Aboyeji, co-founder of Future Africa and Flutterwave, pulled with Andela, when government path led to the engineering talent-pool’s door.

“The governance question will ultimately need to be resolved but at the end of the day, the reality Is that if armed struggle is not an option, the only way to escape bad governance is to innovate.” Aboyeji, the two-time unicorn co-founder, once said.

The policy uncertainty has sent chills to the spine of startups and their investors who are hellbent on unravelling the potentials locked away in the £67.4 billion-worth tech market, according to United Kingdom Digital Minister, Matt Warman, as quoted by UK’s Department for Digital Culture, Media and Sport.

Can’t innovate? Be a one-man mopol

For how long does a founder have to keep innovating around spanners thrown at their works by the government, you might ask. For how long should a startup gaze behind to see if the agency is gunning for it?

A tech founder that doesn’t want to be the victim of a slumber government needs to approach the authority or its agency to table his or her idea before rolling up sleeves.

This is according to international business lawyer and Partner at law firm, Aelex, Davidson Oturu, whose law expertise focuses on Financial Technology and Business Regulatory Compliance.

While responding to a question from Ripples Nigeria, Oturu said, “Fintechs are constantly looking over their shoulders, and wondering what to do next. But the solution is collaboration, interaction, and communication with regulators.

“For some of my clients who simply come out with new products, especially in the capital market…I basically tell them, let’s go to the SEC, have this discussion with them, so that they know what we want to do.

Oturu, who is also a member of SEC’s FinTech Roadmap Committee on Capital Market, explained, “the SEC uses some of these mechanisms to create rules, because you’ve given them information that they didn’t have before.

“So that’s how it can work. Don’t just go out in wild west and start creating things. Have some conversation with the regulator, let them see what you want to do. There are now regulatory soundboxes with the SEC and CBN where you can actually launch some of these products (innovation) under the environment and get guidance around it.” Oturu said.

Avengers are aligning behind a single bill

The avengers are aligning, Kola Aina, the founder of Venture Platform – which has invested in startups like Paystack, Thriv Agric, Kudi, Piggyvest, Rise Invest, MDaas, and many more – told Ripples Nigeria correspondent.

Since the mountain is not coming to Mohammed, the latter has decided to take the bull by the horn to eliminate policy uncertainty by drafting up their own bill in a bid to reduce the gap between innovators and regulation.

Aina said the tech industry is joining forces to smoothen out policy inconsistencies on the part of the government, “We are currently working on something called the Nigerian Startup Bill (that is of) the ecosystem, where we working with the government, to try to develop a body of law that protect companies, particularly those at the earliest stage, and provide regulatory certainty.

“I think we felt that, if we continue to grow this new economy, and government will just sit at the sidelines [we living in a dream]. So that concerns with policy uncertainty, but there’s certainly a lot of engagement going on.

“And I believe the government has to come to the table more, and realise that this ecosystem is a plus and not a negative.” the serial investor said.

Also contributing on the regulatory issue is Tokunboh Ishmael, MD of Alitheia Capital, who said, “As a investor, its [important] for me to also educate where I can, and call solutions with the regulator to address any concern they might have around particular types of platform. And that’s ongoing through various initiatives.

“Its the ability to approach tbe table as a regulator, other concerned or relevant party at the other side, that enables us to feel there’s hope. And being on the ground [market], we see opportunity, and its about being able to sell that opportunity and co-create solutions with regulators so that we can have stability.

“Nigeria is a geography we want to invest in, and we are not leaving. It’s home; where do you go from home?” Ishmael said.

Her company has invested millions into Nigerian startups across various markets such as Paga, Lidya, Tomato Jos. Max.ng, and Reel Fruit.

Related Topics:#featuredFintechsNigerian govt
Up Next