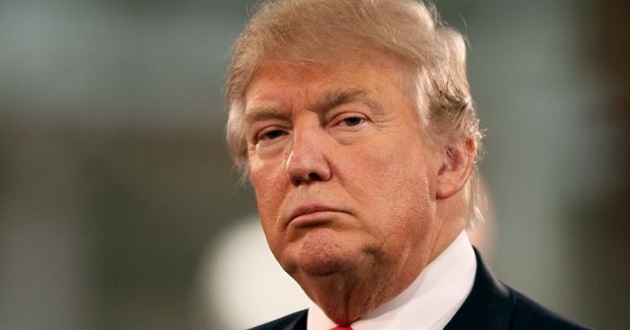 The United Sates of America is doubtlessly a great nation that is unique in many ways. She has a unique President named Donald Trump(et). I call him ‘trumpet’ because he has mastered the art of trumpeting his achievements or lack of same thereof in a nauseating self-glorifying fashion never before seen in the hundreds of years of history of democratic America. Some critics (including the megastar Lady Gaga recently) had labelled him “buffoon”, “imbecile” or “racist” yet he has refused doggedly to change his ways. Leading an emancipated nation is quite different from playing with money as a billionaire!

America boasts of millionaires and billionaires including the eccentric President himself. It is home to the Gates, Bezos, Zuckerbergs and Dorseys; Facebook, Twitter, Microsoft, Amazon and Google. America acts effectively as a superpower, a global ‘gendarme’, sometimes imposing its will on the rest of us.

America is America because of her greatness and riches. It is vaunted as an exceptional land of opportunities where dreams come true. America has made many men and women of all races and religions. A neglected talent could turn to gold once one finds himself in Uncle Sam! No other country in the whole world could be compared to America in terms of equal opportunities, free enterprise and liberty.

However, if a trophy ever existed for presidential hubris then Trump would have ‘trumped’ every opposition towards winning it for himself! Never in the history of America have we had a President so divisive, antagonistic and irresponsible. The 45th President of the free world is arrogant, showy, abrasive, insolent and undiplomatic.

As nations around the world battle Coronavirus, a pandemic that affects Uncle Sam more than any other rich nation, Trump initially lived in denial and/or outright negligence of the scourge he termed ‘Chinese Virus’! By the time COVID-19 is over, defeated by humanity, sooner or later, Presidents Trump and Jair Bolsonaro of Brazil would stand out as two leaders who played petty politics with a plague that took hundreds of thousands of their compatriots away. While ‘Rome’ burnt they chased shadows or preferred asking silly questions or acting silly.

Read also: De-escalation of violence against Africans at home and abroad

In an extremely dangerous era of COVID-19 President Trump and his almighty America are faced lately with ‘rebellion’ on the streets over racial murder, discrimination, prejudice and injustice. Black men and women, hispanics and native Indians had been killed violently by law enforcement agents before but the recent callous killing of George Floyd, 46, by a white ‘supremacist’ cop, Derek Chauvin, had raised serious concerns over police brutality and aggression against black Americans.

Early last week Floyd was flagged down for a routine control by a team of white police officers in Minneapolis (Minnesota) and in the process one thing led to another and what we saw online via a viral video was Derek holding his knee on Floyd’s neck as the handcuffed black man repeatedly told him he could no longer breathe. Ignoring his entreaties criminally Derek held him down until he was asphyxiated to death!

While prominent politicians of all colours and political parties including President Trump had condemned the police aggression the violent rage on the streets in many cities had not abated. “Stop killind us… justice for Floyd” they chanted, thousands of demonstrators clashing with the police. Ubiquitous chaos prevailed for days as bottled emotions were brought to the fore.

While Chauvin had been arrested and sacked from work his eventual trial and culpability for murder could bring the tension down and serve as deterrence to other black-loathing white officers who often pulled the trigger or tortured blacks to death.

Racism in America is not new but under Trump it has risen sharply to a frightening crescendo, accentuated by the executive money-man’s body language which seems to give credence to his barely veiled racist views and comments.

Following the Floyd murder there were widespread looting, arson and generalized chaos to the extent that President Trump recently threatened to draft heavily-armed soldiers in to help the police restore order. Indeed, order would be restored with the passage of time but black lives ought to matter going forward!

In 2006, the same Derek Chauvin and five other policemen had attacked and killed a hispanic guy named Wayne Reyes. In 2008, the same Derek had fatally wounded a black man, Ira Latrell Toles, during an intervention with another white cop following a report of conjugal violence involving the victim. In 2011 the same Chauvin was present when another policeman fired upon one Leroy Martinez, a native Indian wounding him severely.

Police brutality is happening also in Africa with impunity. While many cases in the States were judicially treated with culprits sanctioned the same cannot be said of Africans killed violently by law enforcement agents.

Early April this year in Alexandra, South Africa, Collins Khosa, 40, was drinking a bottle of beer in front of his house when soldiers suddenly appeared asking him why he was drinking alcohol when it was banned! South Africa was under lockdown and curfew as drinking alcoholic substances were forbidden. Before Collins could explain himself the overzealous soldiers poured the beer on him beating him black and blue. He died from his injuries on the way to the hospital!

When, for example, IPOB members organized any event to agigate for the sovereign state of Biafra many were mowed down with no justice ever served. When the Nigerian army, heavily-armed as though Boko Haram terrorists had elected residence in Abia State, invaded the fugitive IPOB leader, Nnamdi Kanu’s family home in Afaraukwu, Umuahia, few years ago, scores of his followers were either killed, maimed or jailed.

During the period President Muhammadu Buhari imposed a lockdown on Abuja, Lagos and Ogun states following Coronavirus pandemic over a dozen Nigerians were summarily ‘executed’ extra-judicially by the armed and dangerous security officers charged with enforcing the law. And since then none of them had ever been brought to book for murder or abuse of power.

Now in the States fire and fury had been unleashed on the streets following the ‘assassination’ of a black man– just one soul and hell was let loose! Monstrous demonstrations had rocked many cities and states with Americans of all races demanding justice for Floyd. They are campaigning vociferously for a halt to systemic racism, state terrorism against blacks, hispanics and native Indians.

Unlike in Nigeria where justice is scarce and sometimes obtainable by money justice would definitely be served for Floyd in America at the end of the day. We hereby express our trans-atlantic solidarity with the black Americans mourning the passing of one of their own. May his untimely demise ignite change in the systemic racism afflicting Uncle Sam.