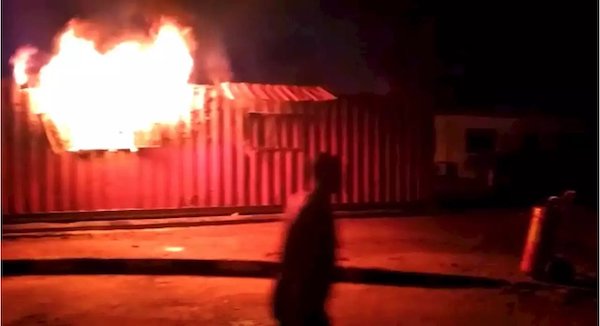 The Ondo State Police Command said on Monday last week’s fire incident at the Independent National Electoral Commission (INEC) headquarters in the state was caused by an electrical surge.

The state’s Commissioner of Police, Mr. Bolaji Salami, who disclosed this to journalists at the command headquarters, dismissed the insinuation that the fire was caused by saboteurs.

He said: “Investigation into the incident is out. The fire was caused by a faulty electrical connection and all the smart card readers were burnt. The smart cards were kept in two containers on the premises of INEC and the air conditioners were kept on for 24 hours.

“This will put to rest speculations that the fire was caused by saboteurs. If there are other findings, we will let you know. For now, the major cause is faulty electrical connections.

“This report is final from the fire service. They have the authority to investigate fire incidents in Akure.”

Related Topics:INECONDO INEC
Up Next