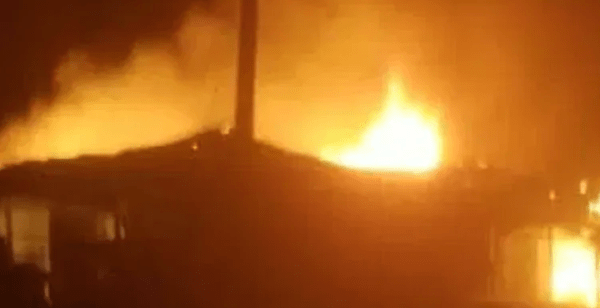 However, the cause of the fire has not been ascertained.

Officials of the State Fire Service and other emergency responders have been deployed to the scene to quell the inferno.