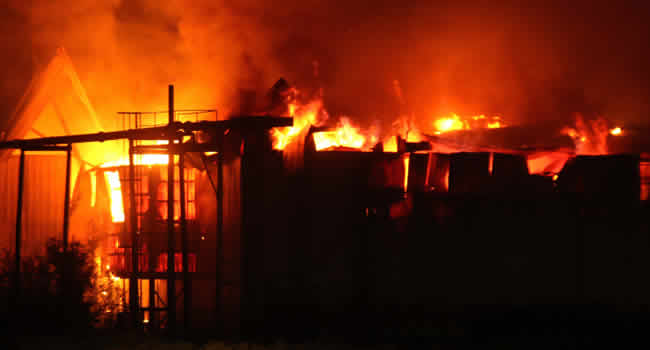 A night fire destroyed 11 offices at the Bukavu Army Barracks in Kano on Thursday.

Spokesman of the state Fire Service, Sami Yusuf Fire, announced this in a statement on Friday.

Mr. Yusuf said the fire, which occurred about 9:10p.m, also destroyed four stores and toilets in the building.

“On receiving the information, we quickly sent our rescue team to the scene at 9:19p.m,” he said.

“The fire was put under control and no life was lost.”

He urged the public to keep fire extinguishers at home and offices to curtail fire incidents, noting that the cause of the fire was being investigated

Nigeria does not need mercenaries to defeat terrorists —NSA