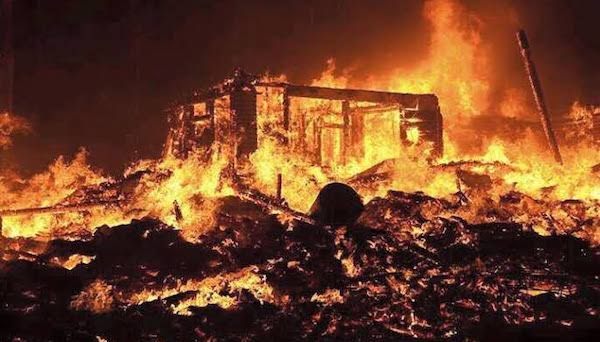 The Head, Media and Publicity, Kwara State Fire Service, Hassan Adekunle, who confirmed the incident in a statement in Ilorin, attributed the incident to a power surge.

Adekunle said the fire had engulfed the whole building before the arrival of the fire service.

He said: “The residents were late in calling the fire service, but on arrival, we were able to put out the fire, thereby preventing it from spreading to the adjoining buildings.

“Aside from the damaged roof, some valuable properties were also destroyed in the building by the inferno.

“However, during the course of our investigation, the fire was suspected to be as a result of an electric spark from the wiring system of the building.”

The Director of the state’s Fire Service, Waheed Yakub, advised the people of the state to always call the fire brigade on time whenever there was a fire incident.