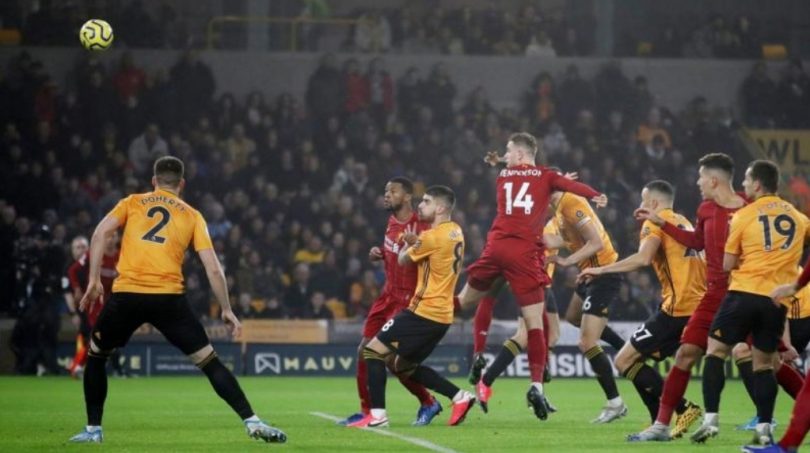 English Premier League leaders, Liverpool secured a 2-1 victory over Wolverhampton Wanderers after surviving a scare at the Molineaux on Thursday night.

Despite trailing early in the game through Jordan Henderson, Wolves, who had beaten champions Manchester home and away this season, leveled through a Raul Jiminez header and looked willing to inflict defeat on the Reds.

But a late goal by Roberto Firmino ensured Liverpool remained unbeaten and restored their 16 points lead at the top of the table.

Jimenez’s equaliser for Wolves, which came from a Adama Traore cross, is the first league goal Liverpool have conceded in 50 days.

Wolves dominated the second half and until the 84th-minute Firmino winner from Henderson’s pass, it looked like the Jurgen Klopp side were going to lose points.

The Reds could have scored earlier but Mohamed Salah missed a clear chance. His striking partner, Sadio Mane walked off injured in the first half, as Takumi Minamino replaced the Senegalese and made his debut.

Liverpool become only the third team, after Arsenal and Chelsea, to go 40 games unbeaten in the Premier League.