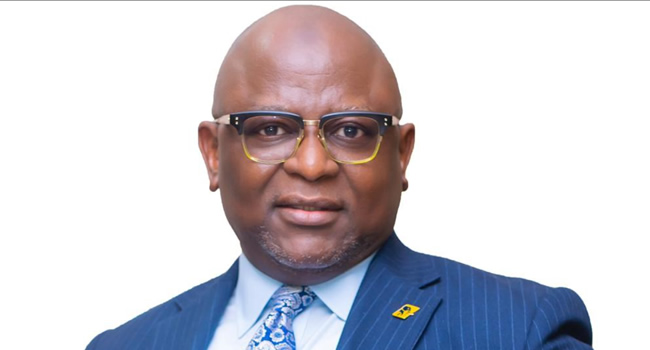 FBN Holdings has confirmed that it has obeyed the directive of the Central Bank of Nigeria (CBN) to reinstate its sacked Managing Director and Chief Executive Officer, Adesola Adeduntan.

The Bank’s Board of Directors had sacked Adeduntan and approved the appointment of Mr Gbenga Shobo as its Managing Director and Chief Executive Officer (CEO), effective Wednesday, April 28.

Following the development, CBN described the action as illegal, saying it was never consulted by FBN before the appointment of Shobo and the bank’s new board, warning that it would take serious disciplinary action against the bank if it didn’t reinstate Adeduntan.

CBN on Thursday, April 29, made real its threat to FBN by sacking the board of the Bank and its subsidiary, First Bank Holdings.

CBN also pointed out that the ten-year tenure of Adedutan was yet to expire and that there were no reports of any misconduct to necessitate his removal.

Following CBN’s action, FBN Holdings on Friday issued a statement confirming it has accepted CBN’s directive and has reinstated Adeduntan as the MD/CEO.

“Further to the press conference held by the Governor of the Central Bank of Nigeria, Mr Godwin Emefiele CON on Thursday, 29 April 2021, the Boards of FBN Holdings Plc and First Bank of Nigeria Limited were dissolved and reconstituted, under its power under Banks and Other Financial Institutions Act (BOFIA) 2020.

“The Board of Directors of First Bank of Nigeria Limited is now comprised as follows:

Dr Adesola Adeduntan has since resumed work as CEO in line with the directives of the CBN.

“We can confirm that the Bank is cooperating with the Central Bank of Nigeria and other regulators while the operations of the Bank are not hampered or hindered in any way and are in fact running smoothly”, the bank stated.