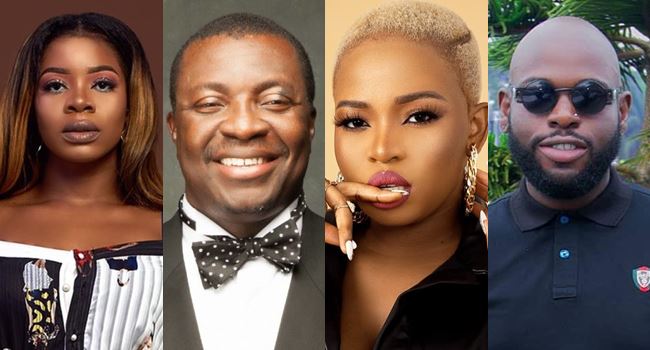 Death is inevitable, however, people often pray that it meets them at a point in their lives where they have achieved the aim of their existence. Also, they pray they go six feet under when they have blessed the world with the entirety of their vision, and also embrace the Epicureanism of everyday life.

Nobody prays or hopes to die young, nonetheless, it could meet us when we least expect it. It is still early days in 2021, but a handful of talented individuals have left the world.

Not their desire, but it is the cold hand of death that grabbed them when they least expected.

In 2020, several celebrities died partly due to the Coronavirus pandemic and others went under as a result of severe ailment. Both at home and abroad, death came calling, 2020 would remain a year that everyone wants to quickly put behind them.

It is only two months into the new year and there are already reports of the untimely demises of notable names in the entertainment industry. It is safe to say some already served their purpose; while others were just unlucky to shake hands with death.

Some celebrities have cheated death, life gave them a second chance and they have taken to their respective social media platforms to share their testimonies.

Ripples Nigeria has garnered some of the popular stars who have escaped the nefarious handstretch of death.

Shola Ogudu is the first baby mama of Nigerian recording artiste, Wizkid. A couple of weeks ago, she took to the social media platform, Instagram to reveal how she survived a ghastly motor accident.

The socialite shared photos of her totalled Toyota Camry car and fans could not help but marvel at the damage that had taken place. Fans were glad to see that she and her son, Tife, were doing fine.

Veteran Nigerian comedian, Ali Baba, was also down with the deadly coronavirus.

He revealed on social media that he spent New Year’s Day in isolation.

He also used the opportunity to warn those who weren’t taking the news of the virus seriously.

The reality star shared a photo of a badly dented car on her social media page. She said the accident could have cost her life.

Even though she sustained a few bruises, there were no major injuries.

Emem Ufot revealed that he came out unscathed following his involvement in an auto accident on Wednesday, February 17.

The actor took to his social media page to express gratitude to God after surviving Sunday’s accident involving a 14-passenger bus.

Nigerian star, Wizkid’s Guinean second baby mama, Binta Diallo, was also moved to share that she was also involved in a car crash after the singer’s first baby mama recounted her ordeal.

Diallo explained that she had no intention of talking about her accident on social media because it wasn’t as serious.

She, however, changed her mind about it after Ogudu shared hers – both of which happened on the same day.