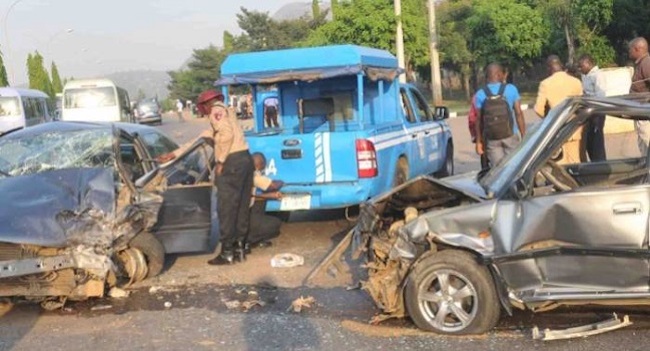 Five people were confirmed dead and 12 others injured in an auto crash at Kili village, along the Darazo – Kari highway in Bauchi State on Saturday.

A report by the Darazo Unit of the Federal Roads Safety Corps (FRSC) in the state revealed that a Toyota Hiace bus and a white Peugeot Boxer bus were involved in the accident.

According to the report, 21 people comprising 16 male adults and five female adults were involved in the accident.

“Also, 12 people – 10 male adults and two female adults were injured with bruises while the probable cause of the crash was dangerous driving.

“No items were recovered at the scene from any of the victims. All the injured victims and the corpses had been taken to the General Hospital in Darazo for medical attention and deposition in the morgue,” the FRSC stated.