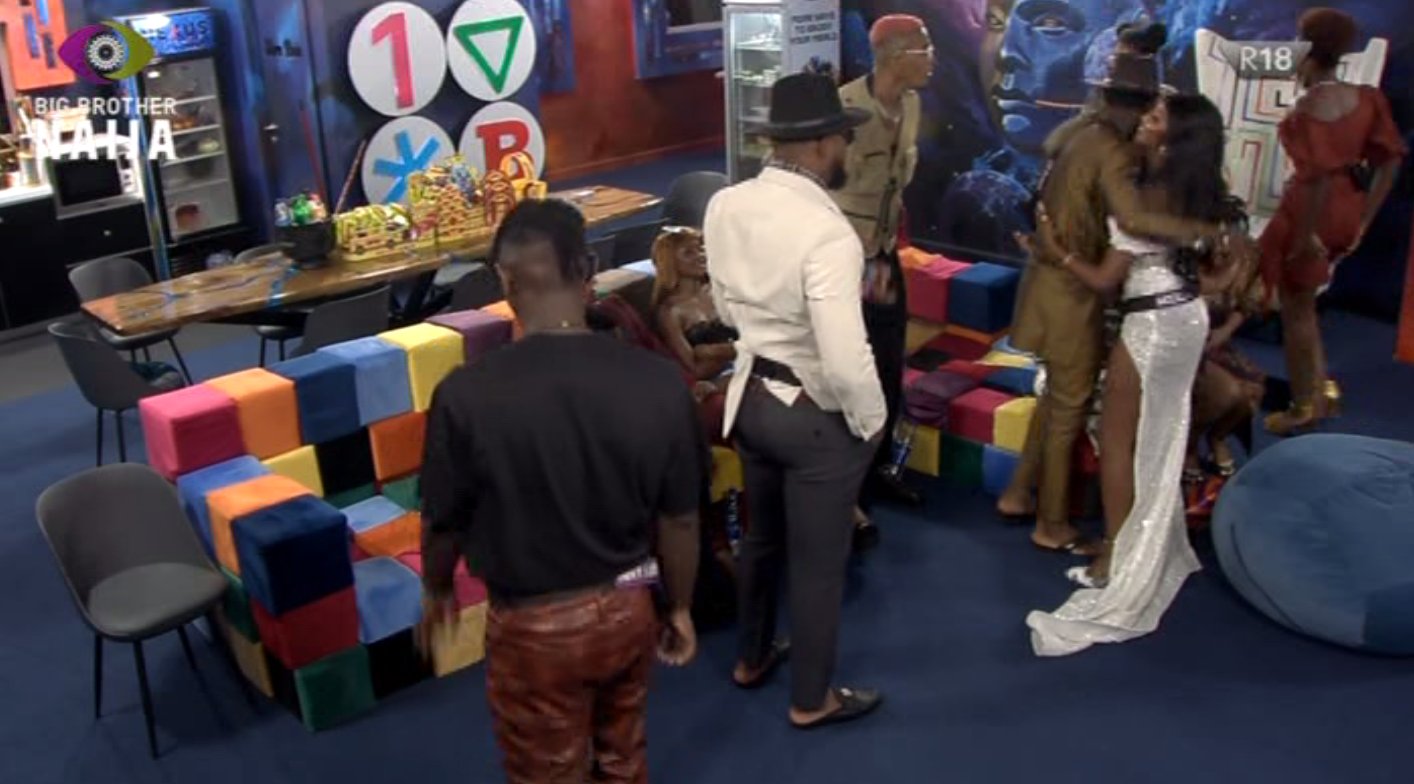 The ninth week of the ongoing Big Brother Naija Level Up competition has been underwhelming, short of drama and any notable moments. It is safe to say Nigerians cannot wait for the competition to come to a conclusion as housemates are simply waiting to know their respective fates in the coming days.

The current head of the house, Chichi knows that she will earn a position on the final day, not necessarily as a winner, but would finish among the top five. Other finalists include- a fan favourite, Phyna and an underdog, Daniella.

They were saved by Chichi’s benevolence, we would be looking at the HOH’s reason for keeping both housemates in the competition later in this article.

As for the controversial couple, Sheggz and Bella, they will be battling for votes to remain in the house for the most important week of the competition. Other housemates who are up for possible eviction include- Adekunle, Groovy, Hermes and Bryann.

It is important to note that the riders, Rachael and Chizzy will not be leaving the competition until the final day. This was revealed during their introduction in the third week of the competition.

Just a quick reminder to fans of the reality show, the seventh edition of the Big Brother Naija competition will come to an end on Sunday, October 2. A week from now someone will become a millionaire by winning the N100 million grand prize and transition into a new phase of his/her life.

Now, let’s get down to business and see what week nine had to offer viewers.

1. Nigerians question Biggie’s decision to keep Sheggz in the house

This season’s competition has been marred with controversial decisions since its commencement.

First, the division of the houses at the beginning of the show made viewers doubt the authenticity of the season as most housemates were perceived to have been more favored than others.

During the last live eviction show on Sunday, September 18, Sheggz was not evicted despite finished as the housemate with the third lowest amount of votes.

While Allysyn and Dotun finished with the lowest amount of votes, Sheggz was slightly above them.

Here is how Nigerians voted;

The result did raise questions and instigated debate among Nigerians.

Here is what they have to say.

After all the alliances left right and center, Sheggz survived. Biggie needs to put the whole house up tomorrow, let’s see who the real game players are #BBNaija

Some of you need to learn analytics. The bottom 3 had 33% which means the Top 3 shared 67% averagely 22% each person.

Sheggz saved by just his fanbase had 18% other collabos had 20% – 23%
For someone that is that hated, he sure has fans!#BBNaija

If Adekunle was in Sheggz's position in the voting poll this week, he would have been evicted tonight.
That's the cold hard truth 😢
The show reeks of so much bias and yall's have seen it with Amaka's eviction, CHOMZY's ultimate debacle of an eviction and then tonight.#BBNaija

I thought you people said he was broke and that his ex was the one feeding him?
Please pick a struggle

Is he broke or he's so rich that he had to pay the whole organizers of BBN? #SheggzOlu𓃵 #BBNaija pic.twitter.com/DfCrdXVsYh

Stop defending when Sheggz is up, go and use that period to get more device and ask for iucs 🙄. #bbnaija

Only the show organizers can explain why they decided to keep him in the house. A week prior, three housemates were evicted from the show, hence, Nigerians expected the same thing. Unfortunately, it wasn’t going to be.

2. Chichi explains why she chose Daniella, Phyna to appear in the grand finale with her

The current head of the house, Chichi during a conversation with Biggie on Wednesday explained why she decided to save her colleague, Daniella Peters and Phyna from facing possible elimination.

Read also: The fight that almost brought Biggie’s House down. Four other moments from BBNaija Level Up week 7

Chichi decided to save Daniella and her fellow Edo state-born contestant, Phyna when she was asked to use her veto power to rescue two housemates. Her decision meant the trio would be in the concluding week of the competition alongside, Rachel and Chizzy who are Riders.

Speaking about her decision to use her veto power to rescue her colleague, she stated she noticed Daniella has imposter syndrome, hence, she had to rescue her.

She said her “pitch struck a chord with her”. As for Phyna, she revealed that she is her “Edo state sister” and a member of their “Edo Angels” clique.

Listen to what the current head of the house had to say:

This list would not be complete without Bella engaging in an altercation. For the umpteenth time this season, she has been involved in a heated conversation with another head of the house.

This time, it is Chichi.

Tuesday night wager task prep ended on a near-violent note after housemates Chichi and Bella had a face-off over the latter’s “rudeness.”

The heated argument ensued over Bella repeatedly interrupting Chichi during a meeting about their wager task for the week.

Watch the segment below.

4. Who will be the first to leave Biggie’s house between Sheggz and Bella?

The lovebirds, Sheggz and Bella are up for a possible eviction once again. This time, they will be facing an elimination scare among top season contenders, Bryann, Hermes, Adekunle and Groovy, therefore, it is safe to say at least one of them would eventually bow out this coming Sunday.

Until the day comes, viewers would have to keep their fingers crossed.

On Tuesday, viewers thought they had seen the end of Sheggz and Bella’s relationship after the couple had an unromantic few minutes that saw Bella walk out briefly and Sheggz threatening the end of their relationship.

The sweethearts were back to love mode in no time.

5. Allysyn prepares to cut ties with polygamist, Hermes once Level Up comes to a conclusion

Allysyn has spoken about her plans for her fellow BBNaija Level Up contestant, Hermes once the competition.

She was eliminated from the show on Sunday, September 18.

During her time in the competition, she has an affair with Hermes who confessed to be a polygamist as he is in a relationship with two women prior to the commencement of BBNaija Level Up.

In a comment reacting to a question from BBNaija alumnus Elozonam, the Level Up housemate revealed that she had no plans of being the third wheel in Hermes already populated love life.

“I am willing to focus on myself now that I am outside the house,” the evicted housemate quipped.

Listen to her speak below.

Related Topics:BBNaija Level Up
Up Next