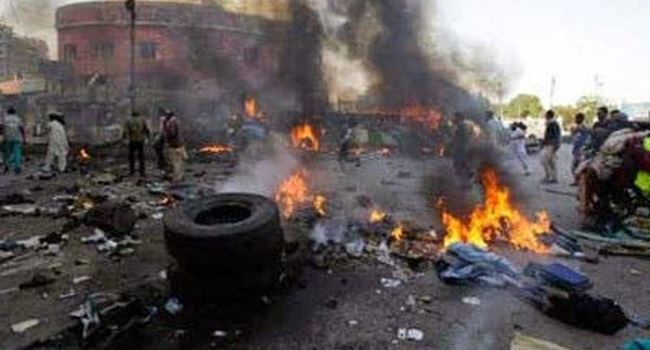 No less than five persons, including a father and his son were killed on Thursday evening from the bomb blast that rocked Maiduguri, the capital of Borno State.

According to Mohammed Ndatsu, the commissioner of police in the state,

triple explosions went off in the Custom Area of the state, which is densely populated.

Aside confirming the attack, Ndatsu confirmed the casualty figure during an interview with Channels Television some hours after the incident.

On the type of explosive that was launched in the town, he said only a bomb specialist could explain that.

He, however, said that the terrorist group in the North East of Nigeria carried out the attack.

The first explosive attack it was learnt landed at a shop in the commercial area, killing a furniture maker and his son.

This was followed with a second one said to have landed on a house at Gwange area, killing a child and a goat.

The attack happened hours after Borno State governor and his convoy were attacked by Boko Haram terrorists.

Bodies of the victims were evacuated by the officials of Borno State Emergency Management Agency (SEMA) from the scenes of the blasts.