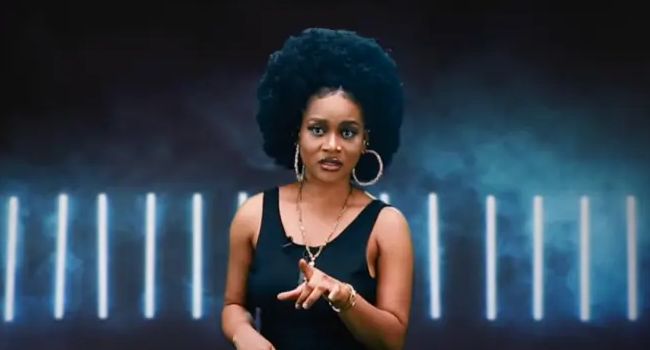 On Sunday, Ijeoma Josephina Otabor who is better known as Phyna emerged as the winner of the seventh edition of the Nigerian reality show, Big Brother Naija.

She became only the second woman in the history of the competition to win the grand prize.

The 25-year-old reality superstar bagged the grand prize worth N100 million after spending 72 days in the house. She polled 40.74% of the total votes defeating Bryann in the final.

Throughout her time in the house, Phyna exuded an aura that was positive and predominantly vivacious which made her aura infectious to not only her fans but other contestants. From the commencement of the show, she unraveled herself as a winner and a noteworthy character in the competition.

Due to some of the characteristics that she possessed, her crowning as the season’s champion was met with majorly positive comments from social media users and fans of the reality show.

Here are five of the major elements and strategies that qualified her as a winner.

At the commencement of the show, Phyna was a resident of the infamous Level 2 (Trenches) apartment. Though some viewers would argue that the Level 2 housemates were more entertaining than their Level 1 counterparts; this particular sphere of the house was marred with controversy, not to sound condescending, the housemates were ‘severely dealt with’ by the organizers of the show.

For the first couple of weeks of the show, at least two of the Level 2 housemates were evicted weekly without the viewers getting an opportunity to understand their skillset, personalities and game strategies. Fortunately, Phyna had to find a way to break the jinx.

She became the first Level 2 housemate to handle the Head of House mantle.

She took the historic win after showing character, determination, and stellar gameplay.

Phyna’s victory isn’t a fluke as some social media commenters would argue. She indeed had a firm fanbase. She was nominated for possible eviction eight times in the competition and overcame at all times.

To become a winner, these are some of the nefarious elements that you have to overcome. She proved she was worth becoming a champion.

Talent Is Never Enough, But Would Entertain The Viewers

Phyna was a strong competitor all through the season in House tasks, wager and Head of House Games which made her a strong contender for the grand prize.

The Edo state-born hype woman was known for her amazing skills such as dancing, singing hype, and most importantly her positive outlook on everything.

A Little Bit Of Drama

No doubt, Phyna gave the viewers something to talk about.

Phyna’s ephemeral temper, her argumentative nature, her sometimes cunning approach towards her goals; all things encompassing pointed her towards the ultimate prize. Sometimes, humans need a little bit of darkness so that the light in them can come alive.

She made sure she put herself first, this is a competition, not a charity event, therefore, she should be the primary character in her own narrative.

On the first day of the competition, Phyna got drunk after consuming four bottles of alcohol, social media users took note. Gradually, she was warming herself in the hearts of Nigerians and viewers across the globe.

Also, she betrayed herself, Amaka to enter a relationship with the ‘chick magnet’ of the house, Groovy. Amaka has expressed her disappointment in Phyna several times in various post-eviction interviews, however, it is what it is.

Perhaps it was a strategy, it is safe to say it worked. It is the little things that include one in the history books of Big Brother Naija.

When Phyna was introduced at the beginning of the show in July, a professional hype woman, she promised to bring vibes, positive energy and drama. She was confident in her own skillset, naturally, her aura charmed everyone, including her fellow contestants.

After all, every other housemate promised to bring ‘vibes’, but several housemates got kicked out of the show before they could even snap their fingers.

She didn’t waste time, while other housemates such as Christy O and Cyph were too shy to dip their feet into the river, Phyna quickly became a fan favourite on day one.

She built a large fanbase on Twitter, with over 90,000 followers in 72 days, and trended a lot of times. She also became the first and only female housemate to become verified on Instagram, a few weeks into the show, and gained over 428,000 followers.

Without further ado, Phyna is the crowned queen of the season. Deservedly so.

Wheww!! Where do I start from? This doesn’t feel real. Thank you God for this moment, thank you to my parents for everything you gave me, I hope I made you proud, that’s all I ever wanted to do.”

Read her full statement below.