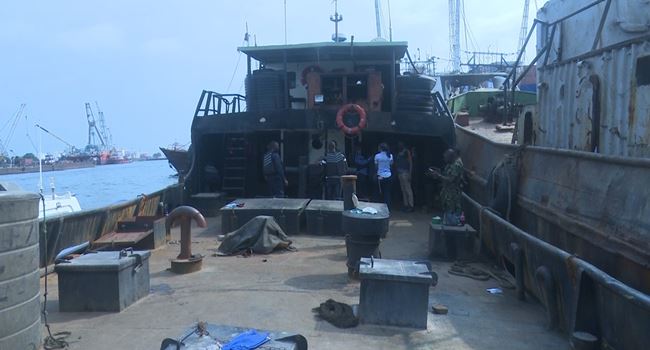 A Vessel, MV Kamsi and its crew of five, arrested by officers of the Nigerian Navy Ship, NNS Beecroft, Apapa, Lagos for illegal dealing in petroleum product, were on Wednesday, January 27, 2021 handed over to the Lagos Zonal Office of the Economic and Financial Crimes Commission, EFCC for further investigation and possible prosecution.

According to the Navy, the vessel and its crew members were arrested around South West off Lagos Fairway Buoy for illegally being in possession of about 120,000 litres of automotive gas oil, (AGO).

A statement by Wilson, Uwujaren, Head of Madua and publicity, EFCC and made available to Ripples Nigeria said the suspects will be charged to court as soon as investigation is concluded.