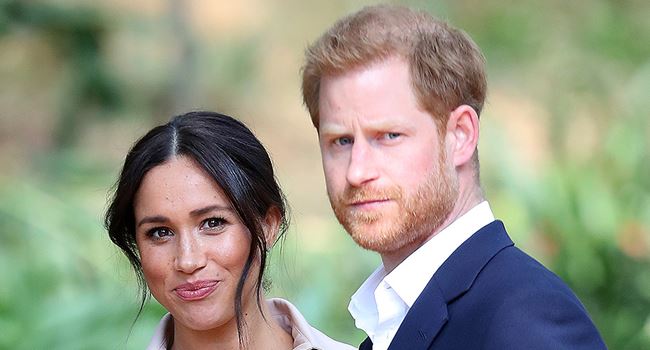 In the recent tell-all interview with Oprah Winfrey, English Royals, Prince Harry and Meghan Markle, both with the Duke and Duchess of Sussex, respectively held nothing back.

The interview is coming after Harry and Meghan decided to step back from the English Royal Family in 2020 and relocated to the United States.

During the session, the couple revealed they first met on a blind date arranged by a mutual friend in 2016. By 2018, they were married.

The Canadian-born Hollywood actress who is of mixed race was in an immediate conundrum after she stepped into Buckingham palace in 2018.

The interview with Oprah Winfrey which is currently trending on social media has now been branded the most important piece of royal TV since Harry’s mother, Princess Diana, spoke to the BBC’s Martin Bashir in 1995 after her separation from Prince Charles.

Here are five important moments to note during the interview.

Meghan says she was depressed living in the palace and often contemplated suicide. “I didn’t want to be alive anymore,” she says.

Meghan admitted to Oprah that she would have committed suicide and since the royal family won’t help her, she turned to a friend of Princess Diana’s for help.

She said she struggled with her mental health due to the intense pressures of being in the Royal Family, and that she had suicidal thoughts.

2. Prince Harry confirms himself and members of his family were financially cut off by the palace.

Harry revealed during the session that his family has been cut off financially from the palace.

He went on to make further shocking revelations that he had to seek financial aide and deals with streaming platforms, Netflix and Spotify.

3. Tyler Perry comes to royal family’s rescue after they were cut off by the palace.

The Duke and Duchess of Sussex revealed how billionaire filmmaker Tyler Perry came in to help them after they were cut off financially by the royal family.

Soon after they were told they would stop receiving security protection from the British royal family, Harry and Markle, who were in Canada at the time, started to panic about where they should go and where they would be safest.

Prince Harry recalled: “While we were in Canada, in someone else’s house, I then got told, short notice, that security was going to be removed.”

4. Markle revealed that the Duchess of Cambridge, Kate Middleton, who is Prince William’s wife, once made her cry.
She however adds that Kate has since apologised.

The quarrel was over outfits for the flower girls.

“A few days before the wedding, she was upset about something pertaining – yes, the issue was correct – about flower girl dresses, and it made me cry, and it really hurt my feelings,” Meghan says.
“But she owned it, and she apologised. And she brought me flowers and a note, apologising,” she adds.

5. The royal couple are expecting a baby girl in the summer. Meghan displayed her growing baby bump during the Oprah interview.