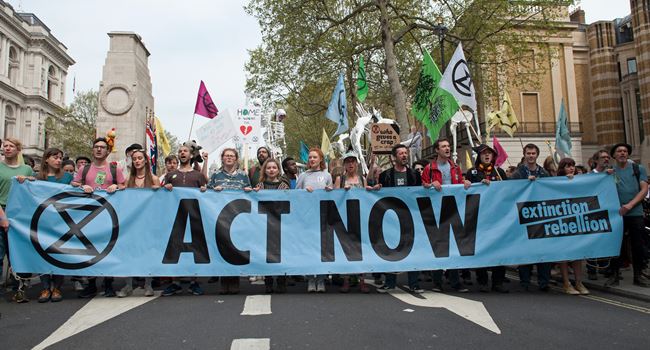 If targets were enough to beat the climate crisis, we would have cause for celebration. The UK, Norway, Sweden and France have written a target of net-zero emissions into law, and 15 others are considering similar legislation or have non-binding targets. Hundreds of cities, regions and individual companies have made similar pledges.

Arguments are raging about whether these targets are good enough. Close reading of the Intergovernmental Panel on Climate Change’s reports suggests that developed countries need to reach net zero within ten to 15 years if they are to give developing countries some leeway. That’s long before the date most countries have committed to.

Yet this row masks a more fundamental truth: targets are, by definition, a statement of nothing more than intent. In and of themselves, they do not remove a single molecule of carbon dioxide from the atmosphere.

In fact, there is evidence to suggest that they may even be counterproductive. The UK was the first in the world to introduce binding carbon targets a decade ago – but governments have since dismantled or scaled back many climate policies in recent years. Independent government advisers the Committee on Climate Change have repeatedly warned that the UK is off track to meet future commitments.

Yet whenever government ministers are challenged on climate policy, their response is indignant. Of course, we are serious about tackling climate change, they say, because we have ambitious targets. By this logic, any policy can be countenanced – even if it moves emissions in the wrong direction. In the words of the independent think tank the Institute for Government, targets can be “a low-cost way for the government to give the appearance of vigorous action”.

If governments are serious about tackling the climate crisis, radical policies are needed to match radical targets. Here are five measures with immediate impacts that would put them on track.

1. A task for all departments

Responsibility for climate action should not be assigned to an individual ministry. The Prime Minister’s Office or the Treasury (and equivalent offices around the world) should be tasked with the job of coordinating climate action across all areas of government, requiring each ministry to demonstrate progress.

The UK’s transport ministry, for example, is currently able to assume that increases in transport emissions will be offset by reductions elsewhere in the economy. With the proposed setup, it would be required to show how its policies would contribute to emissions cuts.

2. Bring the public to the fore

The second is to involve and engage people in the transition to zero-carbon. My research has shown that politicians have attempted to impose climate policies through stealth, shying away from open discussion and assuming that experts know best. This is profoundly undemocratic, and likely to backfire.

Climate action should be seen as a constant negotiation between citizen and state – a social contract. Research shows that people are willing to make changes in their own lives if they see this as part of a wider national effort to cut emissions.

More use of participatory forms of politics, such as Citizens’ Assemblies, could help to develop climate strategies which engage, rather than ignore, the population. We also need to work closely with communities who would otherwise stand to lose from climate action, such as coal miners and oil workers, to give them a “just transition” away from carbon. That means comprehensive support, not just a vague promise of green jobs.

Third, and linked, governments should implement what public opinion expert Deborah Mattinson calls “symbolic policies”. These are policies with tangible impacts that also raise the political profile of climate action. They galvanise citizens and send businesses a clear message about what investment climate to expect in the future, catalysing radical, rather than incremental, change.

A right to generate and sell renewable energy at home or in the community might be one such policy. A ban on advertising petrol and diesel cars, which many countries are phasing out anyway, would be another. A green jobs guarantee, as proposed by the US’s Green New Deal, would also catch the eye. Finally, with careful messaging, personal and business carbon allowances could be both highly effective at reducing emissions and surprisingly popular.

4. Keep it in the ground

Fourth, a strategy for the climate emergency must make explicit and tangible commitments to the transition away from fossil fuels. It is clear that the global commitment to limiting warming to 1.5℃ requires us to leave most known fossil fuel reserves untouched. The banner-friendly activist slogan “Keep it in the ground” is an accurate representation of the best scientific evidence.

Until now, most climate strategies have been silent on this point. The UK and Norway congratulate themselves on net-zero targets, yet both have plans to continue oil and gas extraction. Governments must impose a moratorium on fossil fuel exploration, end the £300 billion in tax breaks they give annually to fossil fuel industries, and use the spare cash to help workers and industries transition to a clean energy revolution.

Last, any national strategy must separate out the contribution of negative emissions technologies from its net zero targets. The theory is that carbon emissions that cannot be avoided will be counterbalanced by these technologies.

But, as research from myself and colleagues at Lancaster University show, relying on these technologies – whose feasibility is not yet known – distracts resources away from reducing how much carbon we emit. Creating distinct targets and funding for carbon capture will ground the sector to what it can realistically hope to remove from the atmosphere, and stop the wilder, unfounded promises that limit ambition for climate action.

I would never argue against setting climate targets. They are necessary – but far from sufficient. We must guard against politicians hiding behind distant and possibly empty promises, and demand climate policy that impacts the carbon ledger here and now.

This article is part of The Covering Climate Now series

This is a concerted effort among news organisations to put the climate crisis at the forefront of our coverage. This article is published under a Creative Commons license and can be reproduced for free – just hit the “Republish this article” button on the page to copy the full HTML coding. The Conversation also runs Imagine, a newsletter in which academics explore how the world can rise to the challenge of climate change. Sign up here.