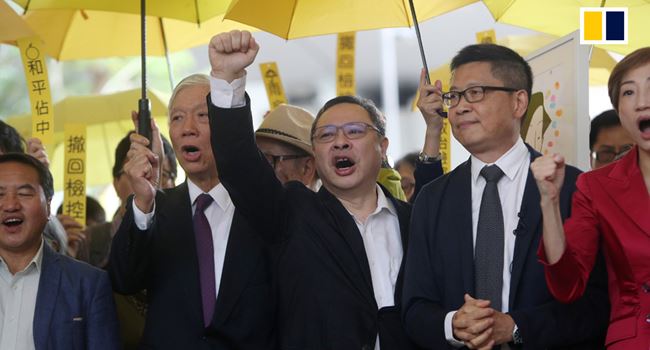 A court in Hong Kong on Wednesday sentenced eight leaders of a massive 2014 pro-democracy protests to up to 16 months in prison.

Aljazeera reported that Nine leaders of the city’s “Occupy Central” protests that crippled parts of the former British colony for 79 days in late 2014 were convicted last month of public nuisance offences.

Nine defendants, including law professor Benny Tai, 54, retired sociologist Chan Kin-man, 60, and retired pastor Chu Yiu-ming, 75, were found guilty of at least one public nuisance charge each over their roles in planning and mobilising supporters during the protest.

It was gathered that Wednesday’s decision followed a trial lasting almost a month at a time when Hong Kong’s freedoms and autonomy came under increasing strain from China’s Communist Party leaders, stoking concern from foreign governments, rights groups and businesspeople.