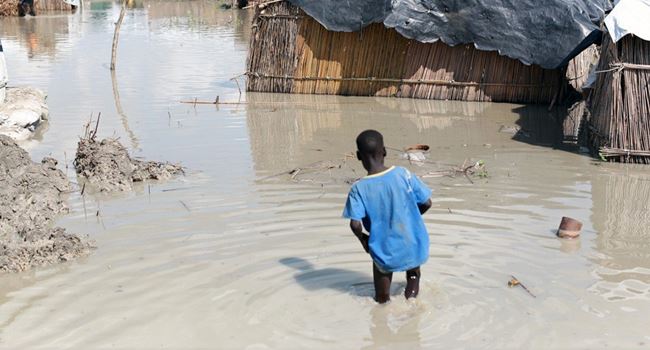 The United Nations Office for Coordination of Humanitarian Affairs (OCHA) has informed that close to one million people have been displaced in South Sudan due to flooding.

According to OCHA in a statement issued on Tuesday, an estimated 800,000 people “who have been affected” are in areas along the White Nile.

South Sudan has been experiencing flooding since July.

“Entire communities have fled to higher ground to escape the rising waters. Women and children are most affected,” OCHA said in the statement.

The agency said a majority of the affected populations have been reached with food assistance and over 100,000 people have received health support.

Humanitarian partners are requesting some $46m (£35m) out of an overall estimate of $82m (£63m), to enable them respond to the needs of people who are in dire need.

Related Topics:floodsSouth Sudan
Up Next