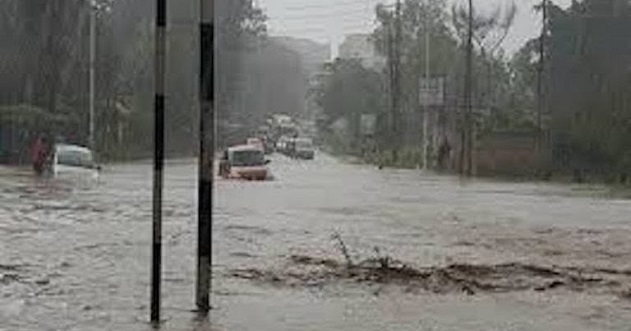 Rescue operatives are having a torrid time evacuating survivors in South Korea with no fewer than 30 people confirmed dead, and 12 others declared missing after 46 days of heavy rains.

The disaster reports say was caused by the country’s longest monsoon in seven years causing more flooding, landslides and evacuations on Sunday as rains battered the southern part of the Korean Peninsula.

According to the country’s Yonhap news agency, close to 6,000 people had also been evacuated as of Sunday, as Jangmi, the season’s fifth tropical cyclone, is expected to hit the southern region bringing more rain on Monday.

Figures reveals that more than 5,900 people from 11 provinces and cities left their homes, and some 4,600 of them remain at temporary shelters following warnings of disasters, according to Yonhap.

An estimated 9,300 hectares (22,980 acres) of farmland were swamped or buried, while 9,500 cases of damage to public and private facilities were reported.

Related Topics:FloodSouth Korea
Up Next

Al-Shabab claims responsibility for attack on Somali military base which killed 8 people, injured 14