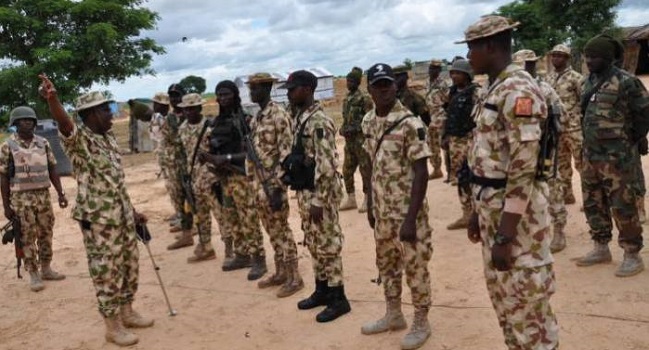 The Nigerian military In conjunction with the Borno state government is to relocate residents of Baga town in Borno State to enable the launch of a full attack on Boko Haram insurgents in the town.

The military, on Sunday, revealed the plan was to recapture the town which is hosting the headquarters of the Multi-National Joint Task Force combating the Boko Haram insurgents.

A statement signed by the Deputy Director Public Relations in charge of the counter-insurgency operations in the North-East, Operation Lafiya Dole, Col. Onyema Nwachukwu, assured that residents would be located to safer locations while residents of Bama, Dikwa and Monguno could remain in their habitat as there was no immediate threat to their lives.

The statement said, “Operation Lafiya Dole troops in conjunction with the Borno State Government are working towards relocating the residents of Baga to safer locations in view of the ongoing military operations in the area.”

He urged the public to desist from spreading rumours and creating fears on the heart of residents in the two communities.

“It has come to our attention that these people are plotting to instigate the inhabitants of Bama, Dikwa and Monguno communities to abandon their communities and relocate to Internally Displaced Persons camps for undisclosed reasons,” he said.

He explained that arrangements on the new development would be finalised during a meeting with Borno state government on Monday.

The National Emergency Management Agency has said the recent attack on Baga has seen 2,046 accepted into the IDPs camp in Maiduguri in the past few days.