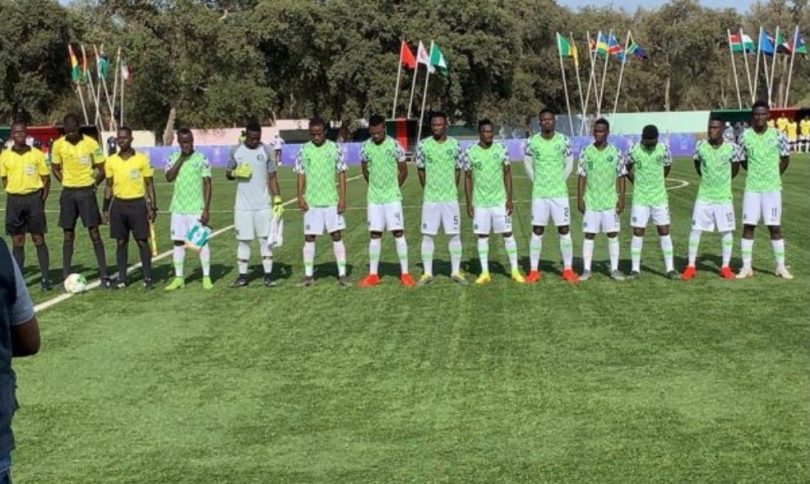 Nigeria’s Flying Eagles have advanced to the semifinal stage of the men’s football event of the ongoing All Africa Games in Morocco.

The Paul Aigbogun team held hosts Morocco to a 2-2 draw on Friday to seal their place in the last four.

Having drawn their first group A match with Burkina Faso and won their second game against South Africa, the young Eagles advanced on 5 points.

Nigeria fought back twice in the game to condemn the hosts to an early exit from the competition.

Morocco needed a win to scale through, and they started off well as they got ahead with an early goal.

Abubakar Ibrahim converted from the spot for an equaliser after Ahmad Ghali was brought down inside the box.

The host nation regained the lead from the spot early in the second half, before Substitute Emeka Chinonso made it 2-2 in stoppage time.