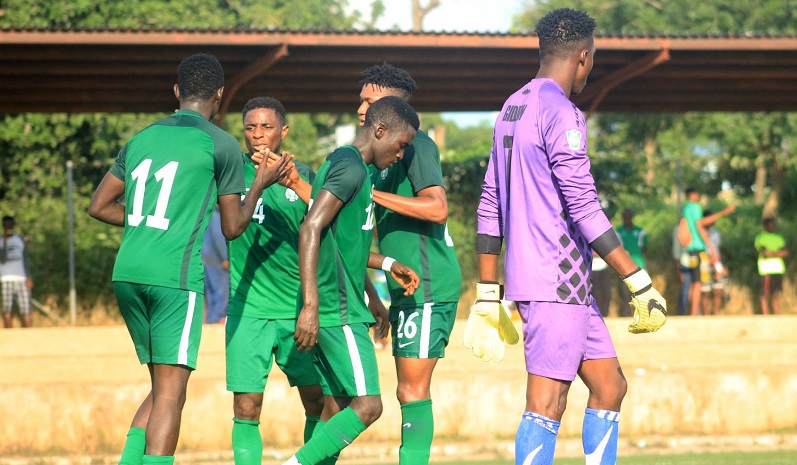 The Flying Eagles, Nigeria’s representatives in the football event of the 2019 All African Games, are hoping to give their best and make the country proud at the competition.

Speaking to the media, the U-20 national team captain, Ibrahim Abubakar, assured Nigerians that the team has been working hard in training and raring to go for gold.

“We have been preparing hard in training and the coaches have also been talking to us and telling us about the importance of the competition,” Abubakar said.

“This is a great opportunity for me and my teammates to make the nation proud and we are determined to do so.”

Coach Paul Aigbogun and the 18 players he invited for the outing are currently camping ahead of their opening encounter.

The U20s are representing Nigeria in the men’s football event for the very first time in the history of the competition, as it has always been the U23 team, known as Olympic Eagles.

The Flying Eagles are in the Group A of the men’s football event alongside hosts Morocco, Burkina Faso and South Africa.

They begin their campaign on Friday, 16th August against Burkina Faso in Rabat.