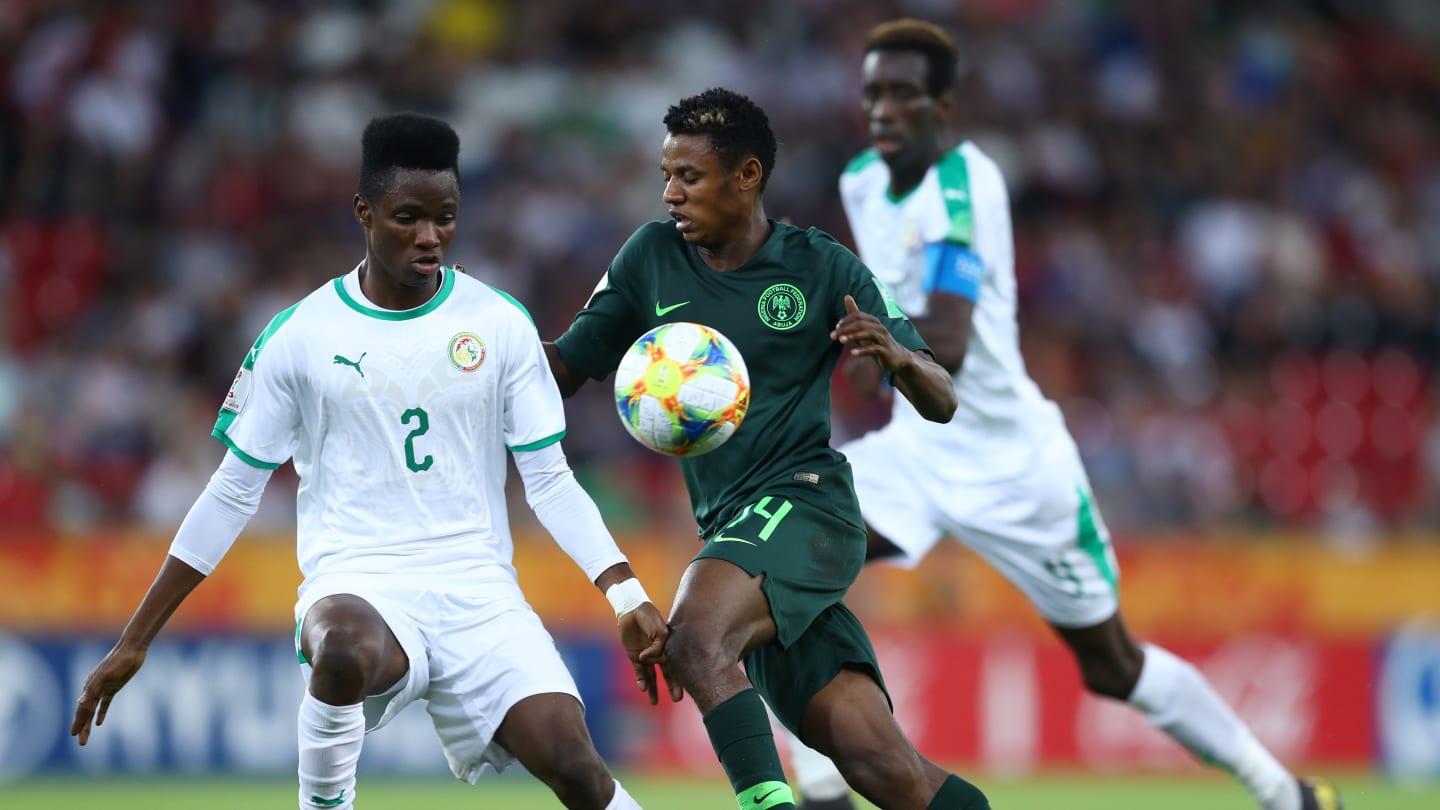 Nigeria’s Flying Eagles faced a stiff test when they battled the young Teranga Lions of Senegal in a last-16 clash at the FIFA U-20 World Cup on Monday night.

Although the contest was not one-sided, the young Lions were more lucky on the night, as they won 2-1 thanks to a two-goal advantage from the first half.

The result means the Eagles are out of the competition, while Senegal, who advance to the quarterfinals.

After few missed chances by both teams early in the game, Senegal deservedly got ahead in the 36th minute through a brilliant goal by Amadou Sagna.

Ibrahima Niane doubled their lead at the stroke of half-time.

But it looked like a possible comeback began in the 51st minute when Aniekeme Okon tapped in Success Makanjuola’s well-taken free kick to half the deficit for Nigeria.

The Eagles kept on pushing for an equaliser but were held back by the Senegalese, who successfully held on to their lead and won the game.

Paul Aigbogun’s men will return to Nigeria in about a day’s time.