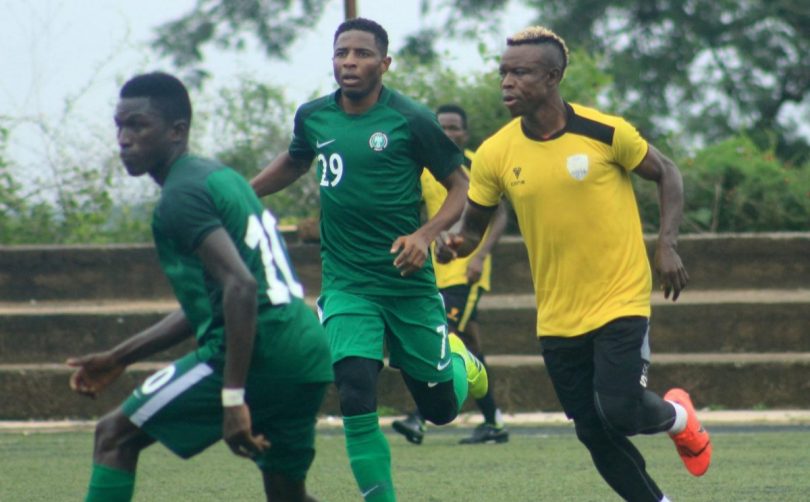 The Flying Eagles of Nigeria defeated South Africa 2-1 to record their first victory at the men’s football event of the ongoing 12th All Africa Games.

The match, played at the Stade Hassan Moulay in Rabat, Morocco on Tuesday, is their second group game at the competition.

The Paul Aigbogun’s boys, who are representing Nigeria for the very first time at the Games, had kicked off their campaign with a 1-1 draw against Burkina Faso last Friday.

South Africa dominated the opening exchanges, but it was the Flying Eagles that took the lead in the first half through Collins Sor.

Ofentse Mashiane helped the Amajita back into the game on 55 minutes with a powerful shot following a superb delivery by Siyanda Msani from a set piece.

But Nigeria won the game when Abubakar Ahmad netted the winning goal 14 minutes from time.

South Africa will face Burkina Faso while Nigeria will take on hosts Morocco in the final group ties.