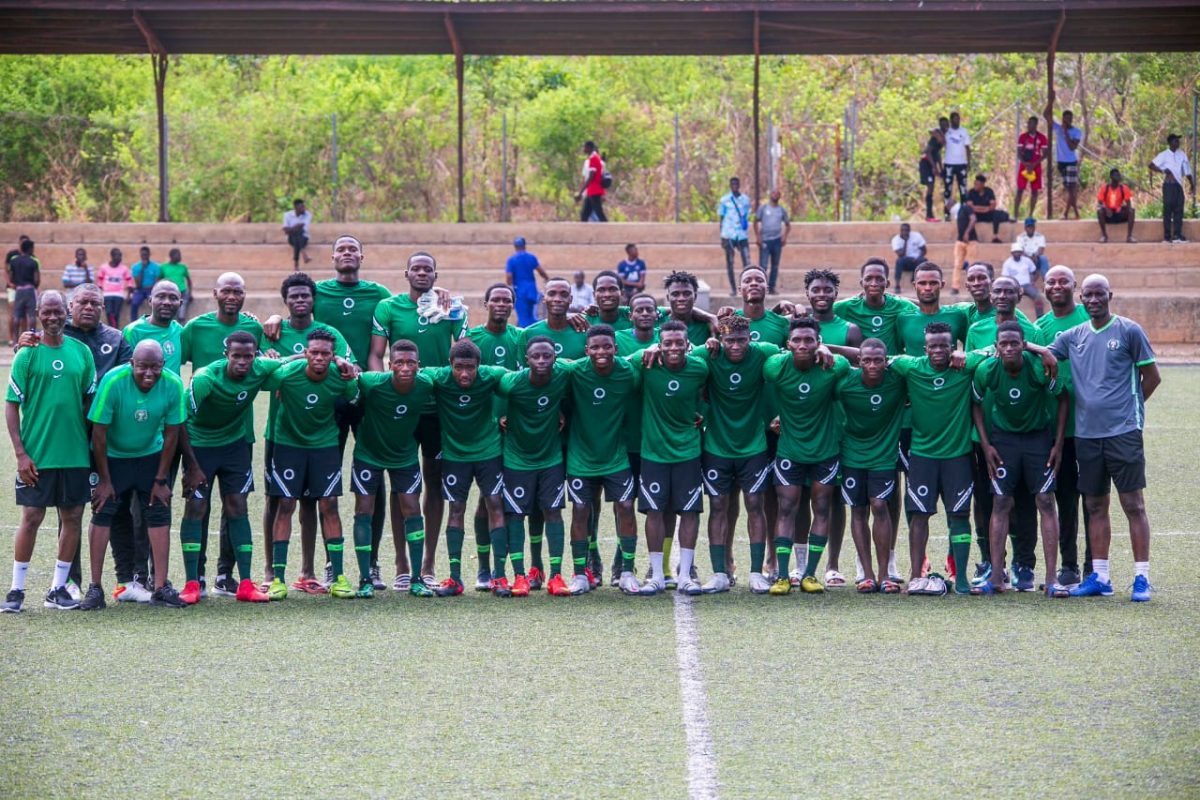 Nigeria U-20 men’s football team, the Flying Eagles will begin their campaign at the WAFU B U20 Championship in Niamey against the Black Satellites of Ghana on Sunday.

The Eagles and Black Satellites will flex muscles at the Stade General Seyni Kountché in the Nigerien capital as from 5pm, with the winner certain to be on firm footing for a place in the semi finals from a pool boasting only three teams.

Burkina Faso is the other team in the group, and they will take on the Flying Eagles on Wednesday next week.

However, the global coronavirus pandemic obliterated the global finals that were slated for Indonesia.

Flying Eagles head coach Ladan Bosso returned to Niamey on Friday after attending the third-day fidau prayers for his late mother. Bosso believes his boys are in good spirit following a 1-0 win over the Niger Republic U20 team and another 4-0 win over a Nigerien top League team in their last two preparatory matches in Niamey.

Bosso believes his boys are in good spirit following a 1-0 win over the Niger Republic U20 team and another 4-0 win over a Nigerien top League team in their last two preparatory matches in Niamey.

Team Secretary Aliyu Ibrahim Lawal told thenff.com that officials of the Nigeria Embassy in Niamey have been very supportive of the team and are making efforts to mobilize Nigerians living in the Nigerien capital to come and support the Flying Eagles at the big match.

The tournament opens on Saturday with hosts Niger Republic slugging it out with the U20 boys of Cote d’Ivoire as from 5pm, while Togo and Benin Republic clash as from 8pm. Both matches come up at the Stade General Seyni Kountché.

Only the two finalists will qualify to represent WAFU B at next year’s Africa U20 Cup of Nations to be hosted by Egypt. Indonesia will host the 2023 FIFA U20 World Cup finals.