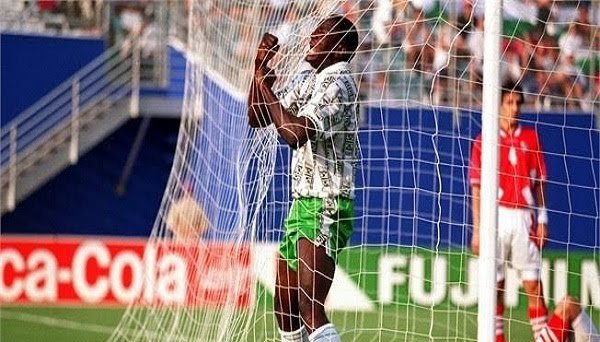 Late former Nigeria international, Rashidi Yekini is set to finally be immortalized by the Kwara state government with a stadium named after him.

The call for the former forward to be immortalized had been made by president of the Nigeria Football Federation (NFF), Amaju Pinnick and the Minister of Youth and Sports development, Sunday Dare.

But on Thursday, Kwara Governor, AbdulRahman AbdulRazaq revealed that the process of immortalizing the football icon has begun.

Abdulrazaq, who made this known during his visit to Minister Dare in Abuja, said the Kwara State Sports Complex Stadium Ilorin will be renamed after Yekini.

“We will send a bill to the State House of Assembly to immortalize Rashidi Yekini with the name of the stadium changing after the approval,” the Governor told Dare.

At the meeting, Dare urged the governor to sustain his support for sports development while noting that sports help to reduce social vices.

“I want to thank his excellency for hosting our biggest youth game in Ilorin, your excellency we are coming to Ilorin again because of the facilities in University of Ilorin soonest for the youth game. I love the fact His Excellency AbdulRahman AbdulRazaq loves sport I want to encourage your excellency to invest more on sports,” he stated.

Another highlight of the Thursday meeting was the decision of the governor to host a special reception in honor of Nigeria’s 1994 National football Team before the end of the year.

Yekini was a member of the team, and holds the record of the highest goalscorer in the Eagles.