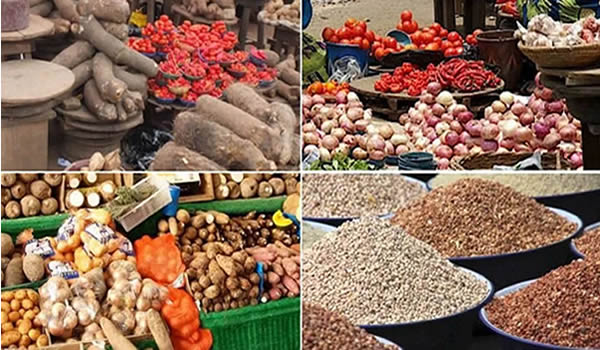 The Food and Agriculture Organization of the United Nations (FAO) has disclosed that global food commodity prices rose for the ninth consecutive month in February, with the prices of sugar and vegetable oils increasing the most.
According to the just released FAO Food Price Index (FPI) that tracks monthly changes in the international prices of commonly-traded food commodities, FPI averaged 116.0 points in February, which was 2.4 per cent higher than the previous month.
The report assessed Nigeria and 44 other countries to be in need of external assistance for food: The countries include Afghanistan, Bangladesh, Burkina Faso, Burundi, Cabo Verde, Cameroon, Central African Republic, Chad, Congo, Democratic People’s Republic of Korea, and the Democratic Republic of Congo.
Others include Djibouti, Eritrea, Eswatini, Ethiopia, Guinea, Haiti, Iraq, Kenya, Lebanon, Lesotho, Liberia, Libya, Madagascar, Malawi, Mali, Mauritania, Mozambique, Myanmar, Namibia, Niger, Pakistan, Senegal, Sierra Leone, Somalia, South Sudan, Sudan, Syrian Arab Republic, United Republic of Tanzania, Uganda, Venezuela, Yemen, Zambia and Zimbabwe.
As production declined in key producing countries, coupled with strong import demand from Asia, the FAO Sugar Price Index rose by 6.4 per cent from January, prompting ongoing concerns over tighter global supplies, and shortening the expectations of a production recovery in Thailand.
The FAO Vegetable Oil Price Index gained 6.2 per cent, reaching its highest level since April 2012, while the prices for palm, soy, rape and sunflower seed oils all rose.
Similarly, the FAO Dairy Price Index rose by 1.7 per cent, led by international export quotations for butter, where firm imports by China met limited supplies from Western Europe. Cheese prices declined, partly due to high inventories in the United States of America.
READ ALSO: Blockade of cattle, foodstuff from north an act of war –Yoruba youth group
Also, the FAO Cereal Price Index averaged 1.2 per cent higher than in January. Sorghum prices rose 17.4 per cent in the month under review, driven by ongoing strong demand from China. International prices of maize, wheat and rice were either stable or edged up slightly.
The FAO Meat Price Index increased 0.6 per cent, driven by tight supplies of bovine and ovine meats in key producing regions. By contrast, pig meat price quotations fell, underpinned by reduced purchases by China amidst heavy oversupplies and a rise in unsold pigs in Germany due to the continued ban on exports to Asian markets.
Meanwhile, the organisation projected a record high global wheat production output in 2021, expected to hit a new record of 780 million tonnes, as there are expectations of a rebound in production in the European Union.
Also, maize production in South Africa is expected to reach near-record levels in 2021, while outputs in South America are forecast at well above-average levels.
Other projections for the year include a 2.0 per cent annual increase in global cereal utilisation to 2 766 million tonnes and 5.5 per cent growth in world trade in cereals to 464 million tonnes.
Global cereal stocks are now forecast to end 2021 at 811 million tonnes, 0.9 per cent below their opening levels, pushing down the stock-to-use ratio to 28.6 per cent. World rice and wheat stocks are expected to increase, while those of coarse grains to decline.
It is estimated that the aggregate cereal production by the 51 Low-Income Food Deficit Countries rose 3.0 per cent in 2020 from the previous year to 502.4 million tonnes, as recoveries in Southern Africa and the Near East outweighed a decline in Central Africa.
However, aggregate cereal import requirements by the group in the 2020/21 marketing year are expected to rise to 74.1 million tonnes, with the Far East and West Africa subregions posting the largest additional needs.
Early production outlooks for 2021 are broadly favourable but drought-like conditions in Afghanistan and southern Madagascar are of emerging concern.
By Victor Ifeanyi Uzoho…