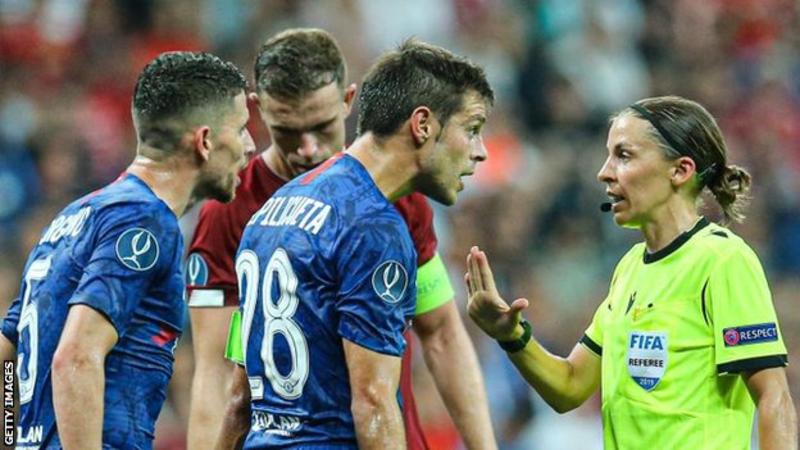 Frappart went into history books as the the first female referee to officiate a major men’s match as the UEFA Super Cup.

She, and her assistants – Italy’s Manuela Nicolisi and Michelle O’Neill of the Republic of Ireland -, was in charge as Liverpool battled Chelsea in a thrilling encounter in Istanbul.

The match was tied 2-2 after extra time and went into a shootouts, which was won by Liverpool 5-4 after goalkeeper Adrian stopped Tammy Abraham’s kick.

“Extremely impressed with the refereeing yesterday by first ever female referee, Stephanie Frappart at the Super Cup.

“Always close to the action, authoritative, precise and just added something positive to this highly contested encounter.

“Football needs more like her!” the former Nigeria international added.

Bravo!! Extremely impressed with the refereeing yesterday #LIVCHE By first ever female referee, Stephanie Frappart @ the #SuperCup Always close to the action,authoritative,precise and just added something positive to this highly contested encounter. Football needs more like her! pic.twitter.com/tlazjzGOtq

Frappart has also received praises from Liverpool boss, Jurgen Klopp and a host of other football lovers and stakeholders especially on social media.