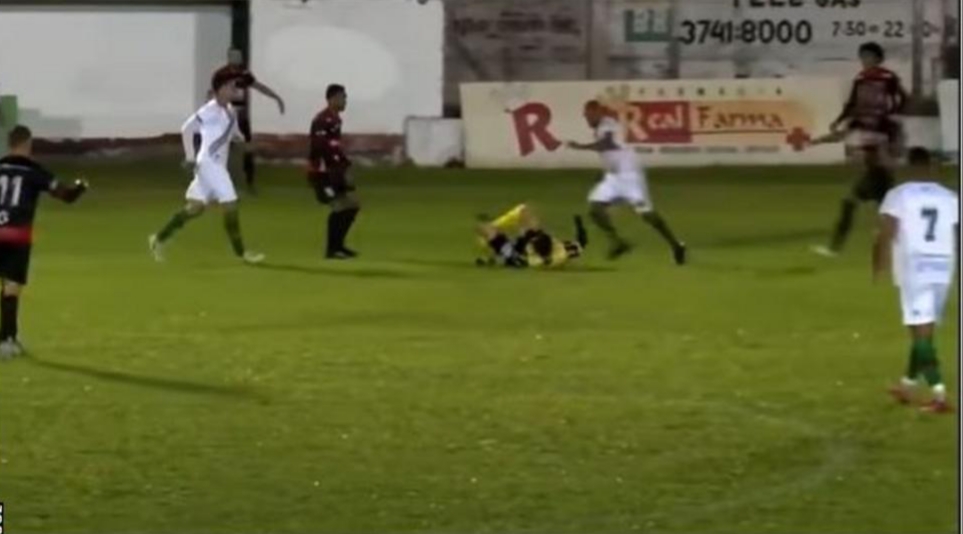 A Brazilian footballer has been charged with attempted murder after kicking a referee in the head during a lower league match, the BBC reports.

Sport Club Sao Paulo player William Ribeiro attacked Rodrigo Crivellaro after he awarded a foul against him on Monday.

The match against Guarani was suspended in the second half and Crivellaro was taken to hospital.

The referee was later released from hospital while Ribeiro has been sacked.

The club said the incident, which happened in the year of their 113th anniversary, was “one of the worst in its history” and that they are evaluating what further action to take.

Sport Club Sao Paulo are based in the city of Rio Grande, 200 miles south of the state capital Porto Alegre, and play in the second division of the Rio Grande do Sol state championship.

Last season ‘difficult’ for Osimhen, he can top Serie A goal chart this term -Aina