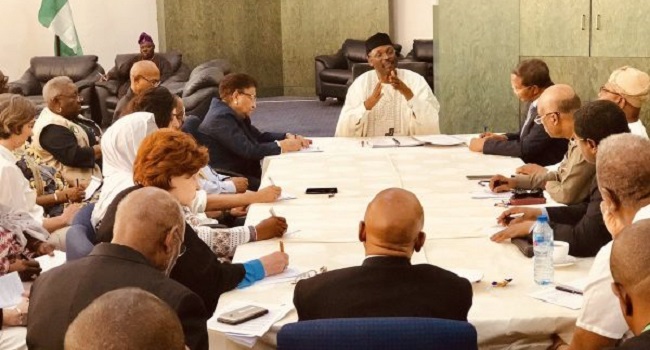 Foreign election observers who are in the country to monitor the 2019 general elections have counseled the Independent National Electoral Commission, INEC, on how to gain the confidence of the voting public in the new dates it announced for the elections.

It would be recalled that INEC had announced the postponement of the presidential and National Assembly elections from Saturday February 16th to Saturday February 23rd and governorship and state houses of assembly from March 2nd to March 9th just few hours before the commencement of voting on Saturday.

The postponement, according to the electoral body was due logistics and operational challenges.

They also noted that the suspension of the polls due to logistical and operational challenges had caused disappointment for many, admonishing the commission to provide regular updates and information to the public on its preparations in the coming days and weeks to enhance confidence and trust in the process.

The statement read: “We, the Heads of the international election observation missions and the United Nations present in Nigeria, have taken note of the decision of the INEC to postpone the 2019 general elections due to logistical and operational challenges.

“We urge INEC to use this time to finalise all preparations and ensure that the new election dates are strictly adhered to. We encourage INEC to provide regular updates and information to the public on its preparations in the coming days and weeks to enhance confidence and trust in the process.

“As we continue to closely observe preparations across the country, we stand in solidarity with the people of Nigeria in their desire for credible and peaceful elections.”