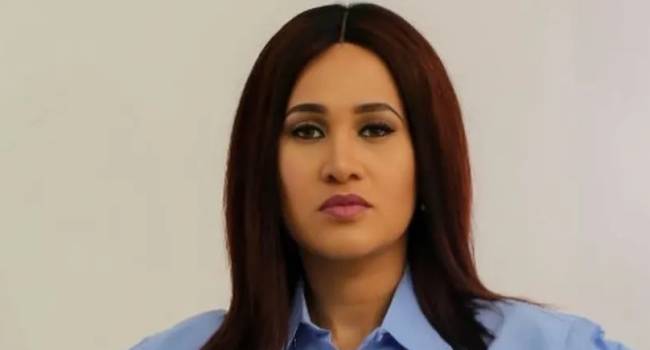 Hutchings was previously married to the billionaire businessman, Musa Danjuma. Her marriage crashed in 2014.

The former movie star made this known during one of the episodes of the reality TV show ‘Real Housewives of Lagos’ while reacting to a statement made by one of the housewives and reality star, Laura Ikeji.

Laura stated that she didn’t connect with the movie star because she insulted her sister, Linda.

That, however, did not go down well with Caroline as she blasted Laura.

“Your sister was so…you what? You can have a blog but don’t hurt people. Part of the reasons my marriage broke was because of Linda,” she said.

Read also: REVEALED! The ‘queen’ that made Sholaye Jeremy dump Linda Ikeji like a hot stone

“And you sit down here to defend your family. I have a family too. I have children that look up to me. You can’t sit there and tell me you want to slap me.”

The visibly furious actress also revealed that her daughter has two holes in her heart.

“Don’t talk about my daughter. My daughter has two fucking holes in her heart. Do you think I am happy to be divorced? From the very moment I got married, Linda was on my b*tt.”

"Linda was the reason my marriage crashed" – Caroline Hutchings
.
The actress made this disclosure on the 3rd episode of the Showmax series Real HouseWives Of Lagos #RHOLagos pic.twitter.com/kLeFRQj6D8