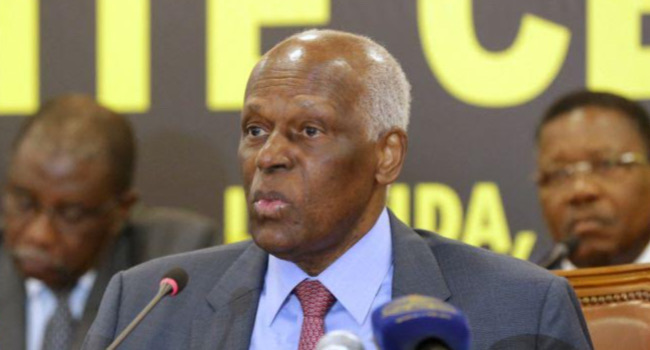 Former Angolan President and leader of the People’s Movement for the Liberation of Angola (MPLA), Jose Eduardo dos Santos, has died at the age of 79 after a long battle with an undisclosed ailment.

According to an official statement by the Angolan government, dos Santos who was the president of Africa’s second biggest oil producer for nearly four decades, died on Friday morning at the Barcelona Teknon clinic where he had been undergoing treatment since 2019.

Dos Santos who had established himself as one of Africa’s longest serving leaders, stepped down in 2017 and promptly fled the country following allegations of brutal suppression of opposnents, state sponsored eliminations and corruption charges levelled against him and his family members.

His regime was also marked by a brutal civil war that lasted for nearly three decades against the U.S.-backed UNITA rebels which he won in 2002. It was also during Dos Santos’ rule that Angola experienced an oil boom that propelled the country as one of the richest in Africa by per capita income.